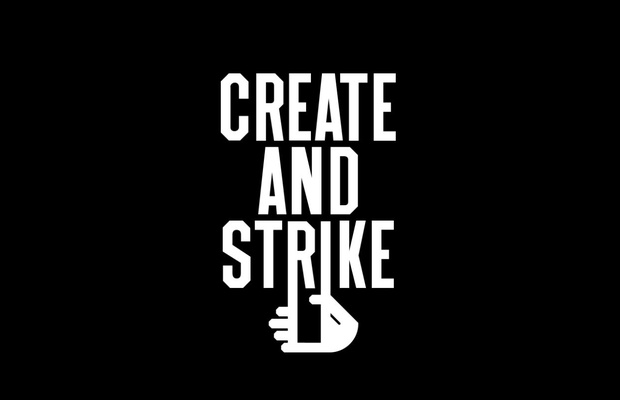 ‘Create and Strike’, the creative industry initiative supporting the Global Climate Strike taking place this Friday on 20th September, has announced it has commitment from leaders of over 80 creative and media agencies, from global networks that include Omnicom, Publicis, Accenture, IPG and Cheil. Agencies that have pledged their commitment include Iris, Droga 5, BBH, MullenLowe, Engine, Wieden and Kennedy, TBWA, Cheil, 7 Stars, GoodStuff, Lucky Generals and Uncommon.

‘Create And Strike’ is an initiative generated by individuals from competing creative companies united in their desire to help address the climate emergency. Earlier this month CEOs/founders of leading agencies called were asked to show their support for the climate emergency, by allowing their employees to take time out from work and join the Global Climate Strike taking place on Friday 20th September. The industry has also been set an open brief, to use their creative talents to support the movement and amplify the emergency message of the UK Student Climate Network (UKSCN).

Glastonbury Festival’s Emily Eavis, Hollywood film director Edgar Wright, the Director of the Tate Modern, Frances Morris, and the CSO of AMV BBDO Bridget Angear have volunteered to judge the competition and award the most impactful creative work developed by strikers. The UKSCN will also join the creative luminaries on the judging panel. World renowned photographer and director, Rankin, has also shown his support by signing the open letter.

Workshops are taking place over London this week in preparation for Friday’s strike. On Wednesday 18th September the Tate Modern opens its doors, providing sign-making materials to bring creative ideas to life as well as a space for strikers together. Workshops will also be held on Tuesday (17th) at Homerton’s Children’s Scrap Project, and Wednesday (18th) evening at MayDay Rooms.

Some major agency brands have so far declined to join the industry commitment, including those representing fossil fuel clients Shell, BP and Exxon. These agencies communicated that they saw the issue as a matter of personal choice, not corporate allegiance. Create and Strike and the UKSCN continue to call for their support.

‘Create And Strike’ is connected to a growing collaboration of creative initiatives catalysed by the challenge from Good for Nothing x UKSCN x Glimpse (to mobilise 1 million to strike with the youth). The Climate Crisis Summit was organised in response to an open letter written by Extinction Rebellion to the advertising industry urging action on climate.

The Global Climate Strike is being led by Swedish campaigner Greta Thunberg, with organisations including the Campaign Against Climate Change and the UK Student Climate Network, and comes three days ahead of a United Nations climate action summit in New York.