Behind the Work 672 Add to collection

Follow the yellow brick road with Another Film Company, The Mill and Stitch as they give us a look behind the curtain 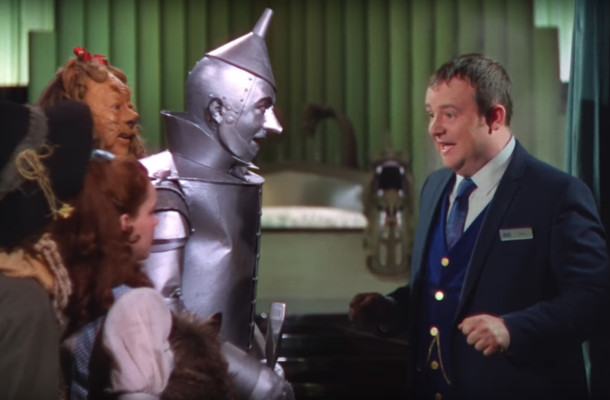 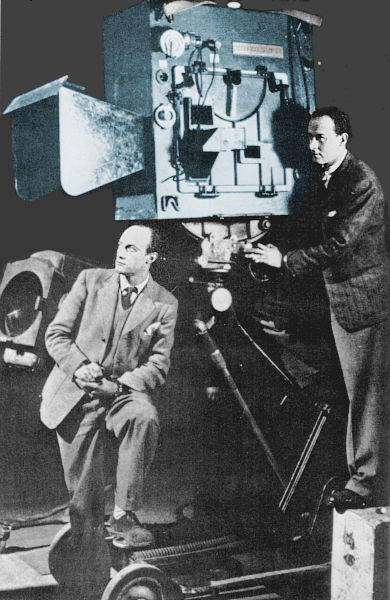 “The original film has a real theatrical quality so we also had to ensure Greg’s performance and look, once integrated into the film, stayed true to this,” Barnsley says.
A lot of behind-the-scenes work went into this to make this all appear as seamless as possible. As Barnsley explains, the crew had to film real-life Greg in isolation and then composite him into the scenes at The Mill, matching each of his corresponding moves to the actions of the stars within the film to achieve the best comedic performance.
Then it was the VFX team’s job to remove the wizard featured in the original film from the corresponding scenes and skillfully rebuild the backgrounds using matte painting techniques and 3D projections. “We then had to rebuild all the characters and subtly integrate Greg into the scenes, carefully adding shadows, chromatic aberration, flicker and matching film grain from the original film source,” says Barnsley. “A great deal of time was spent trying to match the imperfections within the original to mimic that iconic theatrical style.”
It was fascinating for everyone involved to learn how film language has changed over the years. “For example, in The Wizard of Oz they pretty much only cut to people when they have dialogue,” notes Leo. “So trying to find reactions was tough!”
In other happy news, Declan has recently turned a corner with regard to the original musical classic. “I used to hide under the bed when the witch first appeared, but my kids just dragged me back out and made me watch it. Now I’m no longer scared!”
view more - Behind the Work