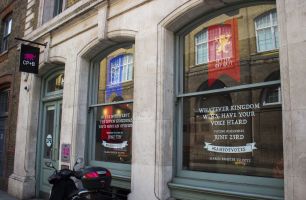 You’ve probably heard, something’s happened on Game of Thrones.  Again. And social media feeds are abuzz.  But avert your eyes from your screens for one minute, and you’ll see that other piece of (real-world) news: Brexit and midnight tonight as the cut off point for registration to vote.

In just over a two weeks’ time, Britain of course goes to the polls to vote on one of the most important decisions of the decade, whether we stay or leave the European Union. And, unless people register to vote, their voices will not be heard.

With this in mind, ad agency Crispin Porter and Bogusky London have transformed their shopfront in Kings Cross into a Game of Thrones inspired call to action.  “With a healthy dose of tongue in cheek and some GoT hype thrown in, we’re aiming to capture the attention of passersby and, hopefully, encourage any laggards to register - whilst reminding everyone to vote on 23rd June,” commented Arjun Singh, operations director at CP+B London

People have until 23:59 BST today, Tuesday 7 June, to register to be able to vote in the UK's EU referendum.

The Electoral Commission have said 1.65 million people have applied for a vote since a campaign began last month - but millions more have yet to sign up.  Registering online should take about five minutes and can be done here. 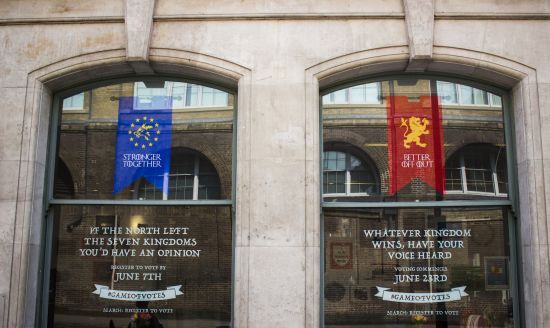