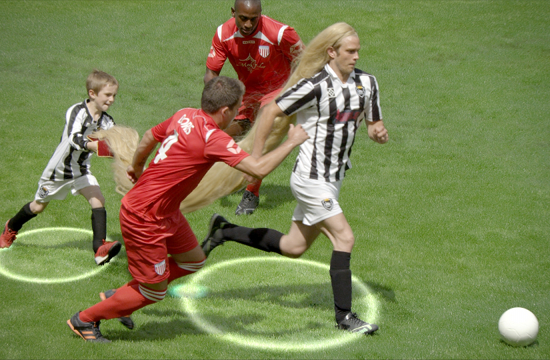 Aimed at long-suffering fans of the modern game, Paddy Power’s ‘Ball of Shame’ campaign will compensate punters when they’re at the receiving end of the mad and bad behaviour in football.

Football fans often get the rough end of the deal when it comes to bad behaviour from players and clubs nowadays, on and off the pitch. Paddy Power’s ‘Ball of Shame’ campaign embraces the madness and is all about being generous to hard done by fans missing out on the back of some shameful antics. So the next time Suarez takes a chunk out of someone, you might get a free bet.

The campaign launches with a TV spot that looks forward to the new season and speculates on what crazy, bad boy behaviour we might encounter this year. Punters are then encouraged to look out for offers whenever something mad and bad happens and get involved via social, outdoor, print, radio, TV and viral.

The TV spot launches on Sunday 11th August but the offers have already begun with a £10 free bet paid out to Hull City fans following news today that the owner of the club has controversially changed its name to Hull City Tigers.