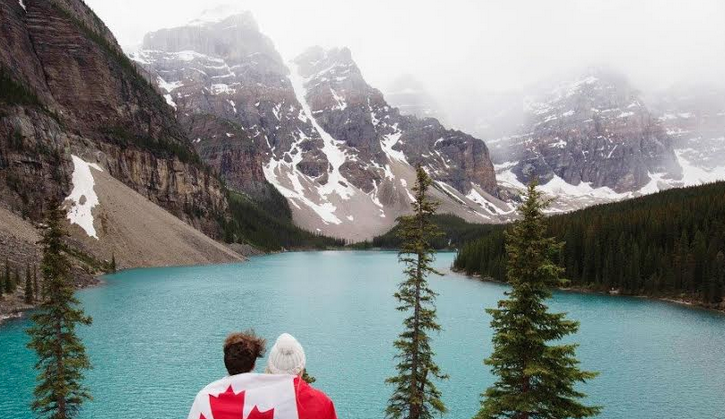 The competition was launched in May to celebrate Cover-More’s YouTube channel hitting two million views and over 1000 subscribers.

A total of 160 entries were received from across the globe with lovers of travel from Mexico, Austria, Australia, Kosovo, UK, Canada, Philippines, USA, Dubai, China, Italy, Bulgaria, New Zealand, Germany, Pakistan, and Brazil all sharing their ultimate adventures.

Each entry was a short video showing some kind of adventure as a ‘Selfie Traveller’, which can still be watched here.

Entries ranged from simple camera work to slick editing, some were funny, some were serious, but all were inspiring and showed a keen sense of fun and a true passion for adventure.

Stephen and his fiancée Jess Valentine share a passion for travelling, photography and film making. The pair have been on an adventure around the world together since 2014 and have created their own travel blog Flying The Nest.

“Some of the best memories I’ve created have been from travelling the world with Jess. And I love to share with others everything I have seen, learnt and accomplished through film and photography. I hope to inspire young travellers to go out there and see the world. Your outtake on life completely changes and there’s so much to learn and experience that your own backyard can’t give you,” Parry said of his love of adventure.

Cover-More also congratulates these runners up, who each receive a GoPro Hero4 camera for their awesome entries.

Based on public viewer feedback and ratings, creativity and entertainment, all winning entries were chosen by Cover-More’s online media team.

The competition was promoted widely across Cover-More’s social media platforms, with support from Cover-More’s dedicated video blogger Dan Moore and other travel-loving ambassadors including model and I’m A Celebrity … Get Me Out Of Here! contestant Tyson Mayr, elite gymnast and fitness model Loz Hannaford, actor Casey Burgess, ‘The Fit Foodie’ blogger Sally O’Neil and ‘The Fit Traveller’ blogger and TV presenter Skye Gilkeson.

And winning wasn’t just for talented video makers – anyone who was involved by liking Cover-More’s social media pages through the competition website went into the draw to win one of 10x GoPro Hero3+ cameras. Winners have been notified privately by Cover-More.

Over the past 12 months Cover-More has medically evacuated an average of four Australian travellers every week, paid more than $103 million in travel insurance claims and helped more than 35,000 travellers with medical assistance.