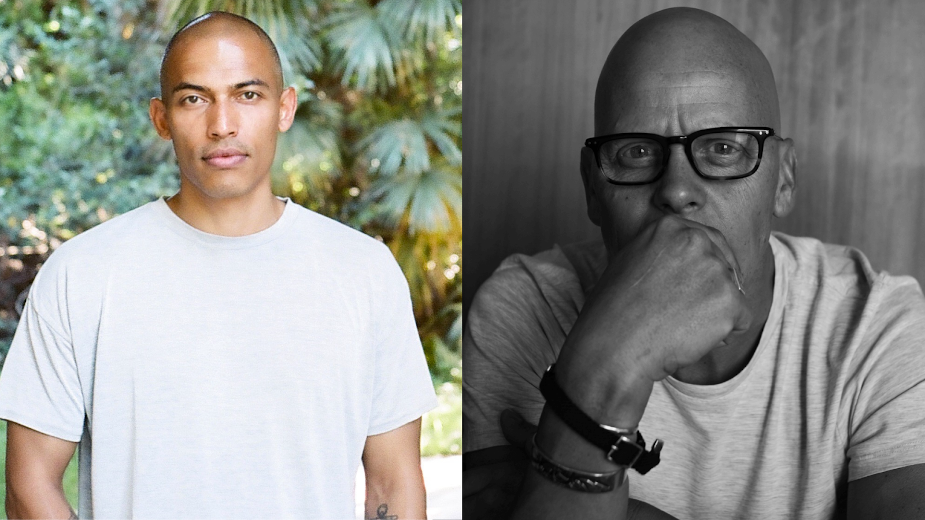 ​International creative production company Couscous has signed Karim Huu Do for US music video representation and Kim Geldenhuys for US commercial and music video representation. Karim brings a breathtaking cinematic appeal to his work with a trademark mix of surreal visual dreamscapes and unsettling hyperreality. Kim’s ideological work stems from his photography background, with diverse concepts all stemming from his love of narrative film.

Inspired by classic cinema, ranging from the Russian film to the blockbuster, Karim endeavors to inject his childhood fascination for cinema into every project, carefully selecting works that best fit his filmmaking philosophy. He follows this approach in music videos for artists Miguel, Drake, Last Night In Paris in London, and The Shoes, whose music video 'Submarine' received a D&AD Award in cinematography.

“Karim’s work has not only inspired us, but also a generation of filmmakers. Whenever he releases a film, it often feels instantaneously iconic and becomes a reference for everyone in the short form content realm. We are thrilled and honored to work with Karim on music videos in the US, knowing what he means to us as a friend and fellow filmmaker. His directorial vision is representative of his love for cinema as an art form, which aligns perfectly with us and our ethos here at Couscous,” notes Couscous co-founder and EP Salim El Arja.

Adds Karim: “I’ve known Salim, and have known him for a really long time. We’ve always talked about collaborating together. It’s not really a signing—more like a family reunion, in a way."

Raised in Switzerland by a Moroccan mother and a Vietnamese father, Karim’s mix of backgrounds and cultures helped shape his outlook and inspired his boundary-pushing approach to directing. He attended art school, where he studied a broad scope of visual arts, including experimental cinema, photography and graphic design, among others. Cutting his teeth with commercial work in Switzerland, he earned accolades for his creative advertising and ultimately moved to Paris, where he signed with Caviar, then later with Object & Animal in London. Prior to Couscous, he signed with Anonymous Content, where he currently remains for U.S. commercial representation.

Karim’s work has been honored with awards from the Clios, D&AD, EDI, Epica, and UKMVA competitions for music videos and branded content alike, with brands including Converse, H&M, Adidas, Gillette, and many more. He has also been shortlisted as New Director of the Year by shots.net and featured in Dazed Magazine as among the top creatives in the world. He currently resides in Lausanne, Switzerland.

Kim’s love for what he does lies in the process: the interactions with people and actors, figuring out a character’s strengths, flaws, and complexities, exploring relationships, and more. Fundamentally, he enjoys exploring the human dynamic to trigger earnest, emotional responses to his work.

As a result, the director--in both his photography and film pursuits--never compromises honest narrative. For brands including VW, Telekom, Hyundai, Prudential, and more, he treats each commercial like its own pocket-sized film universe fit for the silver screen. His heart-wrenching PSA campaign 'Selinah' for Topsy won South Africa"s first Grand LIA at the London International Advertising Awards, as well as Cannes Gold and numerous other international awards.

"I"m super excited about working with Kim. With his vast experience in the field of concise storytelling, his rich, earnest sensibilities revealed themselves from our earliest conversations through the final products of his amazing creations. We can"t wait to help him continue his journey!” says co-founder Bear Damen.

Adds Kim: “Couscous caught my eye when they first signed Emilie Badenhorst. I was extremely impressed with the work they had accomplished and produced in a very short space of time. They have an amazing roster, and I am extremely excited and proud to be included amongst such talented directors and producers.”

Kim discovered a love of narrative and film following three years of working as a theatre usher whilst still at school in his native South Africa. He spent his required military service time holed in the facility dark room, first experimenting with photography and printing as a creative outlet. Following service, he assisted fashion photographers, eventually earning a following for his own careful eye. Independently pursuing photography for five additional years, he segued to music video and commercial direction to further inform his creative lens, learning the ropes of the cinematic production he so adored.

Prior to joining Couscous, he was represented by Bob Central for 25 years before founding his Cape Town-based production company 0307.