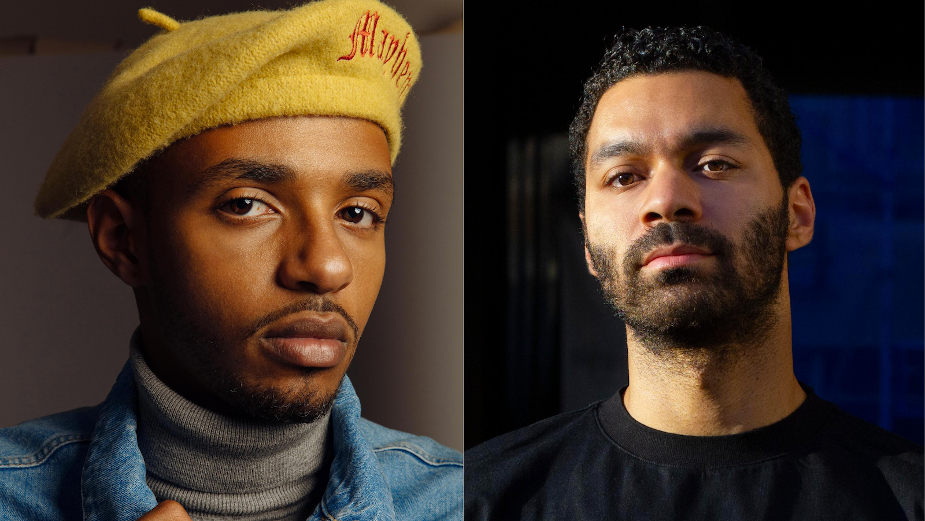 International creative production company Couscous has signed New York-based Dawit N.M. and Amsterdam-based Michael Middelkoop for their first US commercial production representation. Dawit and Michael join a growing roster of internationally-based and culturally unique directors as part of Couscous’ expansion into US markets.

“Dawit and Michael’s unique ‘visual trickery’ style, depth of storytelling and culturally-multifaceted backgrounds make them wonderful additions to the Couscous roster,” says Couscous EP and founding Partner Salim El Arja. “The rest of the Couscous team and I are excited to work together to bring their filmmaking expertise to the cinematic branded content space.”

With a signature style rooted in truth-telling, Dawit has lent his photography talents to media brands including The New Yorker, The Wire, Interscope and more. Pivoting to filmmaking, he has helmed projects for artists such as Charlie Puth. N.M.’s short film 'Mereba: Planet U' earned him recognition as an emerging director during the 2019 American Black Film Festival.

Says Dawit: “I"m proud to be at a place that understands there’s a human behind this creative person. With that understanding, we"re able to effortlessly come together and create timeless pieces.”

Born in Ethiopia, Dawit moved to Virginia at the age of seven, developing a curiosity surrounding filmmaking which was piqued by recording video game plays as a childhood hobby. While attending Old Dominion University, he discovered his love of photography, beginning his first comprehensive photobook project “The Eye That Follows: Photographs by Dawit N.M.”, capturing the spirit and culture of his native Ethiopia through an objective lens. Through images, Dawit broke through the stereotype-driven narratives he’d send concerning Ethiopia. He is currently in pre-production on a second photo book and a short film.

Michael captures creative concepts through a directorial sensibility that is quiet and raw. His work stands out for its portrayal of what it means to be human. With an agency background and diverse experience concepting campaigns, he infuses his work with authenticity and strong multiculturalism. His advertising and filmmaking has earned top-tier awards including a Cannes Lion, an AMVF Award and two Shortcutz Amsterdam award nominations for the short film 'Snor'.

“Salim, Jordan, and Bear have established a well-curated roster of global talent and I"m looking forward to complementing the diverse flavors they"ve already assembled, as well as expanding their offerings with my story and world-building approach in directing both music videos and commercials,” says Michael.

Amsterdam-born and enraptured by film classics, Michael studied filmmaking techniques from a young age, eventually majoring in Film and minoring in American Studies at the University of Amsterdam. While in university, he fell in love with the writing craft and followed his education with advertising agency positions at Saatchi & Saatchi Netherlands, Leo Burnett Amsterdam and more. He pivoted his copywriting background back into filmmaking in 2015; two years later, his crowdfunded film 'Netflix & Chill' made lauded appearances at worldwide film festivals and earned him a nomination in the Debut Competition of the Netherlands Film Festival. He is currently in pre-production on two additional film projects.