Check out our picks of the best festive work so far 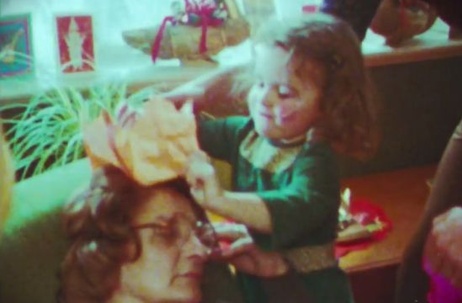 In the words of Noddy Holder ‘It’s Christmas!’. What’s that, you say? It’s only November? But judging by the ads and twinkly fairy lights littering our high streets and TV screens, adland is getting in the festive spirit. LBB’s Laura Swinton takes time out from composing her letter to Santa to pick out her faves.

Wieden & Kennedy, we need to have a word. How did you get a hold of my family photo albums? And our old carpet? It’s a great ad, but I’m starting to get a bit weirded out. Seriously though, could this be the most authentic representation of the Great British Christmas ever to have graced a commercial? For those of us whose family festivities are less Royal Family than Royle Family there’s a lot to recognise in this commercial. Plus they’ve smoothly side-stepped the pretty sexist Mum-in-the-kitchen trap that tends to plague supermarket Christmas ads. Well played.

Not that Tesco’s rival Sainsbury’s has been a slouch this year either. AMV BBDO have worked with Touching the Void director Kevin MacDonald to create ‘Christmas in a Day’. The documentary has been created from over 400 hours’ worth of footage from families around the UK and is set to premiere on November 29th. However trailers for the film will be broadcast on TV between 13th November and 21st December. If this Christmas has a theme, it’s ‘keeping it real’.

Christmas, lest, men and women of the advertising industry, we forget, is about more than material gains and big fat turkeys. DLKW Lowe and Independent have created a spot for the NHS Blood and Transplant present that puts a moving new spin on the idea of a ‘must-have gift’.

It’s a truth universally known that children care less about the contents of a present than its wrapping. Same goes for cats. Boxes, shiny ribbons and lots of paper shred up over the freshly hoovered carpet. Somesuch & Co’s Kim Gehrig and Fallon London have supersized the primal joy of ripping open wrapping paper on a suburban London street.

Rosie Huntington-Whitely stars as a line-up of fairytale favourites in this big production number for Marks & Spencer. With creative from RKCR/Y&R and epic direction from Black Label’s Johan Renck, this ad is unashamedly at the opposite end of the reality spectrum from the likes of Tesco and Sainsbury’s.

Christmas telly is great, isn’t it. The Great Escape, The Sound of Music, Elf… it’s all about settling down with the family mid-afternoon for a classic. And WCRS and Rattling Stick director Ivan Bird are flying the flag for the power of shared viewing experiences to bring families together in this spot for Sky.

‘Here Come the Girls’ is but a dim and distant memory for British pharmacist Boots. This year Mother London have gone all hug-a-hoodie with a young prankster Santa who is out to share the love and most definitely has not shop lifted his presents.

Oh this little old thing? It’s a tiny teeny ad you’ve probably not seen yet for John Lewis. Who am I kidding, this has been the Christmas blockbuster of the year so far. So much so that we’ve interviewed the team behind it in this week’s ‘Your Shot’.