Could This Be the World's Most Creative Crate of Beer? 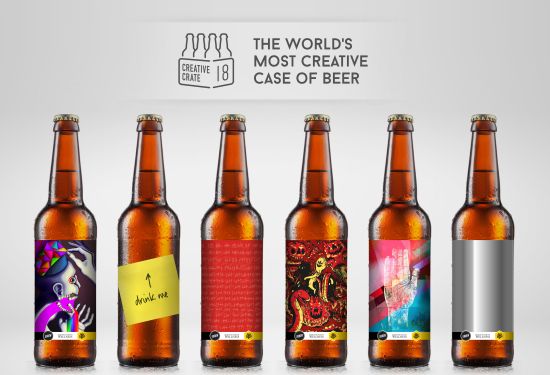 The results are in and The Creative Crate - the world’s most creative case of beer – has just been unveiled by D&AD CEO Tim Lindsay following the D&AD New Blood Festival 2018.

The result is a case of six brand-new beers, designed and brewed by emerging illustrators and brewers. 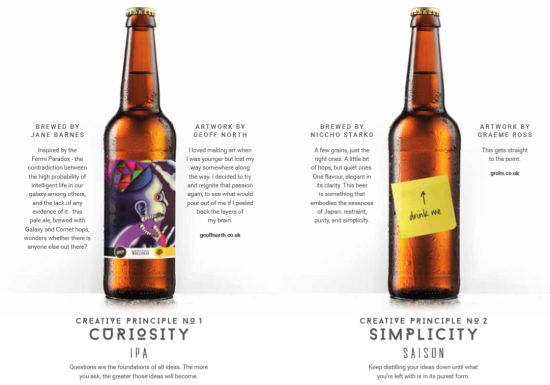 This one-of-a-kind collaboration provides a platform for brewing and design talent to get a leg up in their industry.

The competitions were judged by a panel of judges chaired by D&AD CEO Tim Lindsay, comprising industry experts in both fields (including Kate Stanners - Chairwoman and Global Chief Creative Officer, Saatchi & Saatchi and Pip Jamieson - Founder and CEO, The Dots Global) and the winners were announced on the 11th July at the opening of the prestigious D&AD New Blood Festival 2018 at The Old Truman Brewery in Shoreditch.

The winning designers, illustrators and brewers saw their beer quench the thirst of thousands of visitors at the opening night of the festival. On the night a special beer was also developed by Saatchi & Saatchi Wellness called Pencil Pale Ale - the first bespoke beer ever developed for D&AD. 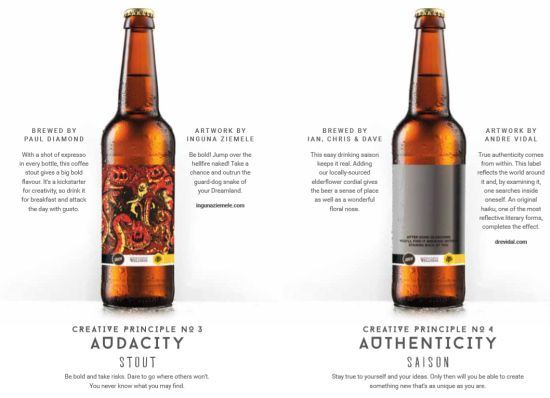 While designers and illustrators won industry placements and workshops with some of the country’s leading design and illustration agencies including Mummu and Bernstein & Andriulli. And brewers won a free membership at UBREW.

Look out for the beers in your local pub as the beers will soon be on sale with profits going into a fund to support emerging talent.

The project was conceived and developed by a talented, determined and beer-loving team at Saatchi & Saatchi Wellness - including Gareth Goh, Ben Gibson, Naomi Urch and Ana Sancho Medina. 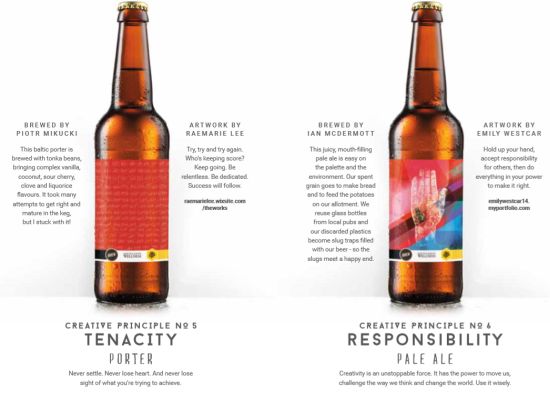 Jamie Thompson, Associate Creative Director, Saatchi & Saatchi Wellness, said: "We believe that there are six principles to great creativity. And we have brought these to life in the world’s most creative case of beer. Our Creative Crate will give emerging design and illustration talent the opportunity to craft a career in the industry.’’

Tim Lindsay, CEO, D&AD said: "This wonderful exercise in creativity fits perfectly with how D&AD New Blood encourages new talent. I can’t think of anything better than six new beers, with six original designs and it’s all come together in quite a remarkable way."

Matt Denham, founder, UBREW said: “We want to celebrate creativity in all its forms, creating six new beers and new designs is a great way to do that. Our amateur brewers have done an amazing job and the six finished beers are incredible.”