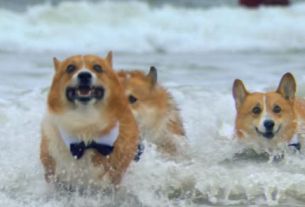 MARS is launching a brand new multi-channel campaign set to galvanise the nation’s support of the England football team ahead of Euro 2016.

The new #Believe campaign coincides with the brand’s display of support on pack and is backed by a media investment of over £5 million which will see it run across TV, cinema, radio and digital in the build up to, and throughout, the biggest football competition of the year.

Kicking off the campaign on May 15th is the premiere of a blockbuster 60 second TV advert, starring three of England’s most talked about football stars of the season – including Harry Kane, Jamie Vardy and Danny Welbeck. The new creative, which will air for at least six weeks, sees hordes of quintessentially British football fans - complete with John Motson lookalikes, a pack of corgis, and knights in shining armour - crossing the English Channel to get to France and cheer on England’s national team.

MARS will also call on the public to submit ‘singing selfies’ – filming themselves as they sing the lyrics to an England song and sharing this online using the campaign hashtag - #Believe. Highlighting to the fans the impact their support can have on the players, Kane and Vardy will also feature in a series of three short clips which will be seeded out via Twitter and drive home the call to action.

Building the online momentum further, the call for singing selfies will also be supported by influencers from digital football channel Ball Street, who will post their own renditions on the site’s YouTube channels, while a partnership with Talksport will also encourage listeners to submit their singing selfies.

The campaign for ‘singing selfies’ will culminate on the same day as England’s first game of the Euro 2016 tournament - June 11th – when MARS will release a film featuring with all of the selfies amalgamated together as a message of support to the players.

Greg Kent, MARS Brand Manager, says: “International football tournaments ignite the passion of England fans like no other sporting event. Up to 20 million people are set to watch each match at Euro 2016 with a potential audience of 15.3 million UK football fans predicted to be on Twitter at any one time during a game.

“As we all know, the twelfth man can make all the difference in football, and through our multi-channelled campaign we hope we can give the England football team the extra edge they need to go all the way in France!”