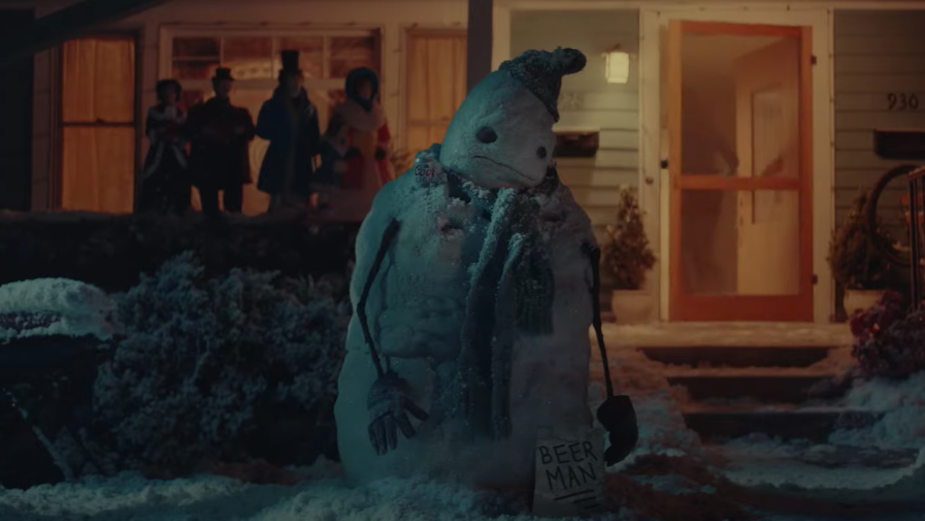 Coors Light and DDB Chicago are creating a new holiday tradition for adults in the brand’s 2020 holiday campaign, ‘Holiday Beerman.’ The Beerman will bring cheer to the season with cold beer and 80’s rock classics.

This year’s holiday season will be even more stressful than usual, and Coors Light is here to remind adults that they deserve a fun holiday, too. DDB Chicago worked closely with Legacy Effects, the practical effects developers behind The Mandalorian’s Baby Yoda and Groot from Guardians of the Galaxy, to develop The Beerman. A character who comes to life after all the humans have gone to bed, The Beerman cracks open a beer and puts on a show that transforms Boston’s classic bar anthem ‘More Than a Feeling’ into this year’s hottest Christmas song.

“This year we need some pure holiday joy more than ever. What could be more joyful than a snowman finding his groove with the help of 80’s rock icons Boston?” asks DDB Chicago executive creative director Colin Selikow. “In some ways, The Beerman represents us all. A little shabby from a hard year, and just wants to let loose this holiday season.”

“The holidays are filled with family-focused traditions, so during a time when we could all use a moment of chill, Coors Light wanted to introduce something just for grownups”; says Marcelo Pascoa, vice president of marketing for the Coors Family of Brands. “Beerman brings levity to this time of year, as he exists simply to keep your Coors Light perfectly cold and bring a smile to your face.”

In addition to the spot, Coors Light will use Beerman ornaments, a custom Snapchat lens and build-your-own Beerman kits to bring The Beerman into homes across America and inspire adults to find some chill this holiday season.

DDB Chicago’s creative talents were also joined by Mike Warzin of Arts & Sciences, a director who has worked with brands like Google, Nike, KFC and Fanduel.

An extension of Coors Light’s ‘Made to Chill’ campaign, the holiday campaign runs until the end of December on national broadcast, cable, social and digital.