The product has launched via a national OOH and digital campaign in collaboration with Melbourne creative agency, TABOO 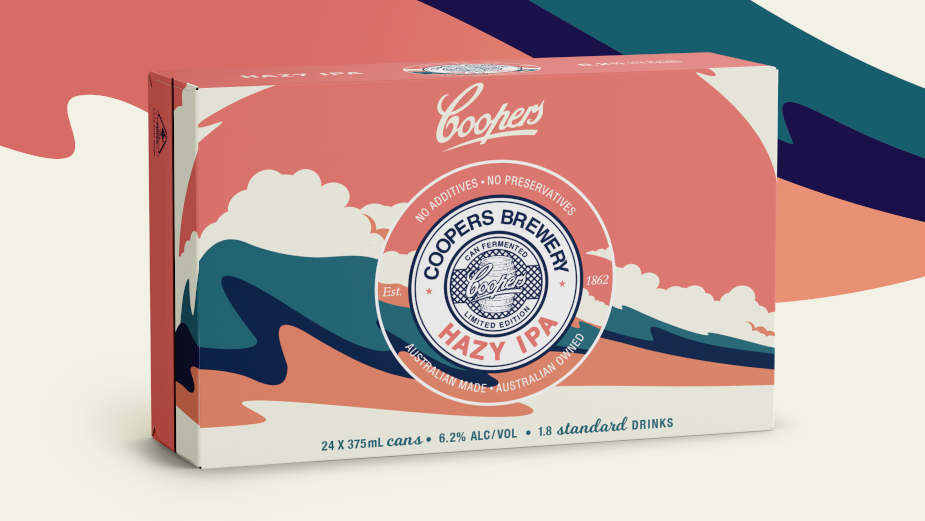 Looking to entice a more progressive audience into the Coopers family, Australia’s largest independent brewery has released a limited-edition Hazy IPA. The product has launched via a national OOH and digital campaign in collaboration with Melbourne creative agency, TABOO.

TABOO is behind the exciting new illustrative can design, inspired by the Australian landscape. The aesthetic is a deliberate evolution from the more traditional packaging – think abstract, sweeping forms that wrap around the can and a mandarin colour palette that’s in line with the beer’s hazy appearance and citrus flavour notes. 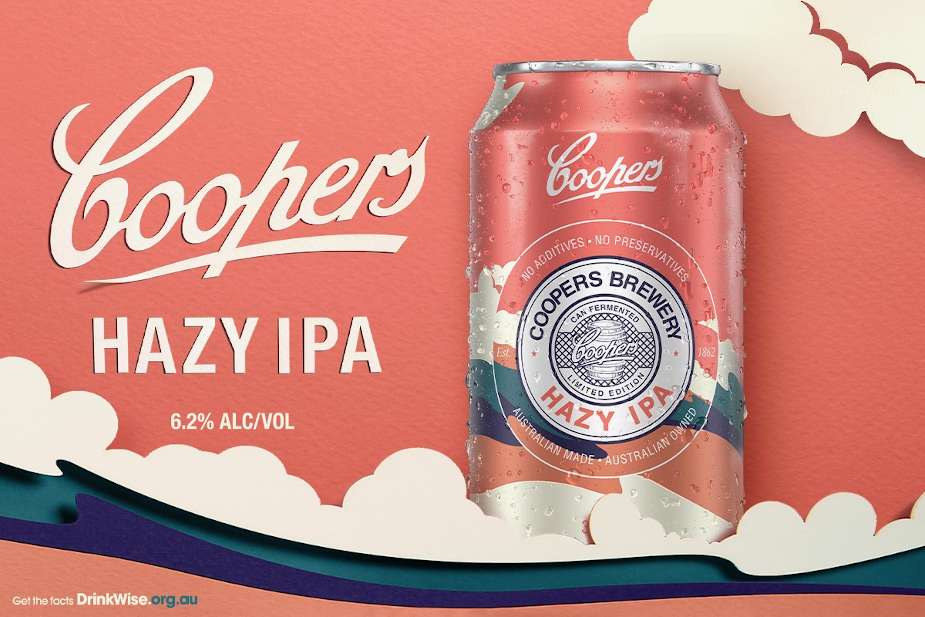 Says Matt Heays, creative director, TABOO: “We recognised this was a key opportunity to break the mould for Coopers. To mark the release of this special drop, the design needed to visually express the unique and distinctive flavour profile but it also needed to clearly communicate that it sits within Coopers family of beers, by retaining the size and position of the legacy Coopers roundel. We feel the final product reflects both of those objectives nicely.”

Says Cam Pearce, director of marketing and innovation, Coopers: “We’re excited to see the Hazy IPA limited release move off shelves around the country from August 17th into the hands of our loyalists and also welcoming new drinkers into the family. The limited-edition packaging is a bold and eye-catching evolution of the Coopers roundel with a new progressive look and feel. While we’ve been around for a long time, we’re still passionate about exploring and crafting new and different beer styles to meet the many tastes of drinkers around the country. The Hazy IPA and its new packaging expresses that passion.”

Yelldesign produced the paper art used across the campaign. 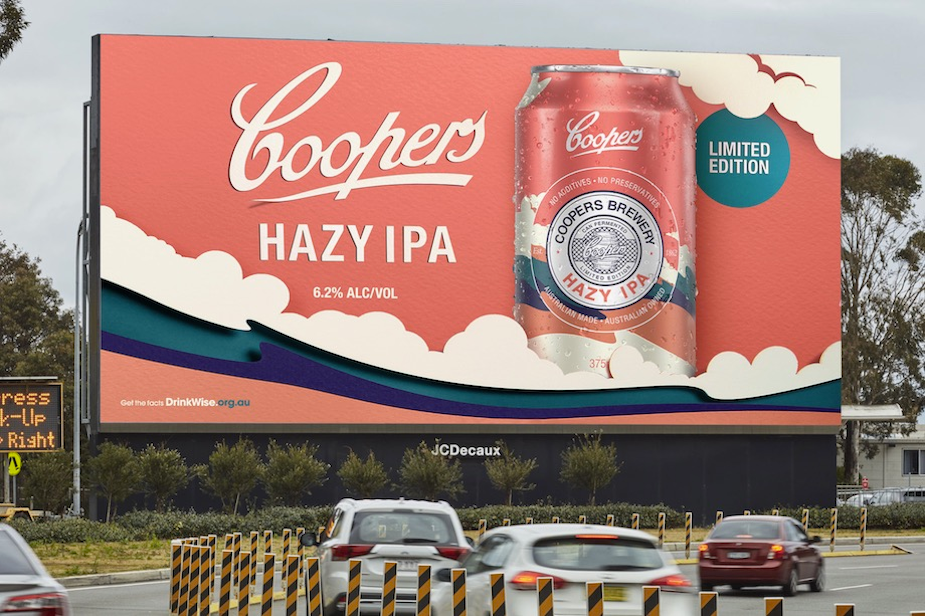 Coopers engaged TABOO in 2019 to help recruit new drinkers across the portfolio, predominantly via the sub-brands as well as development of the successful music platform Live, Loud and Local that was launched during the national COVID-19 lockdown earlier this year.

Coopers Hazy IPA launched this week with beer available at all good bottle shops from August 17th. You can find your closest stockist at www.coopers.com.au. 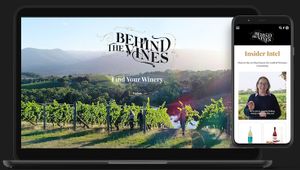 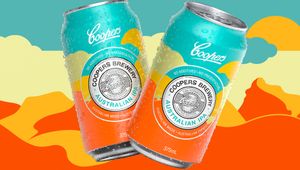 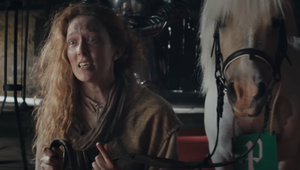 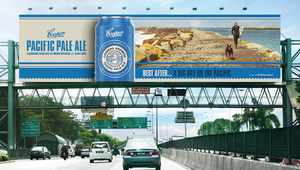 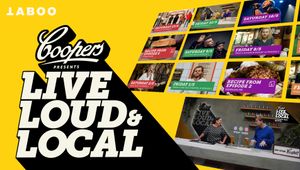 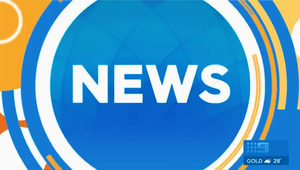 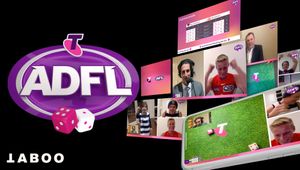 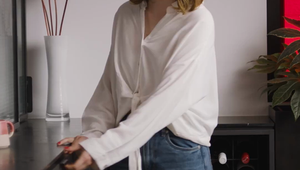