Consumers 'Coupe' their lives with Stardust

Alan Bibby-Directed Interactive Feature Bridges the Sedan and Coupe Worlds of the All-New C-Class
Innovative creative studio Stardust collaborated with the digital visionaries at Razorfish to create an interactive campaign for Mercedes-Benz USA. Directed by Stardust's Alan Bibby, the rich visual narrative engages Internet viewers to explore the two latest Mercedes C-Class models - the all-new 2012 Sedan and Coupe. With a swoop of the cursor, layers of the sedan or coupe are artfully peeled back to expose various features of the elegant luxury vehicles.
Razorfish enlisted Stardust to create visuals for an interactive online experience that would illustrate that the difference between a Mercedes-Benz Coupe and Sedan is much more than the simple removal of two doors— it’s a complete lifestyle change. The result is a set of identical interactive films featuring fully CG cars and stylized environments woven into one experience that lets viewers shift between a Sedan lifestyle and its ‘Couped’ counterpart.
After fleshing out the concept, Stardust shot the live components of the very technical spot in one day. The driver was filmed in each car using motion control and the exact same lighting wearing different clothing specific to each lifestyle. With the help of Paris-based visual effects, animation and motion design studio, Mathematic, Stardust created and animated the CG elements that showcased two completely different – yet identical – worlds. Razorfish then programmed the components to gracefully interact resulting in two, seamlessly bridged, one-minute long spots that highlight the sedan’s sophistication with daytime driving and contrast the coupe’s adventurous spirit, which is shown taking to the streets at night. Stardust’s work also included the creation of video components based on the interactive film for television, theater, showroom and online viewing.

This tale of two vehicles can be experienced now on the Mercedes-Benz website: 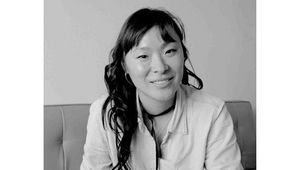