LBB’s Ben Conway speaks to the creative agency’s co-founder and executive producer, Blake Heal, about doing things backwards as an underdog, following a mutual North Star as a team and focusing on storytelling over advertising 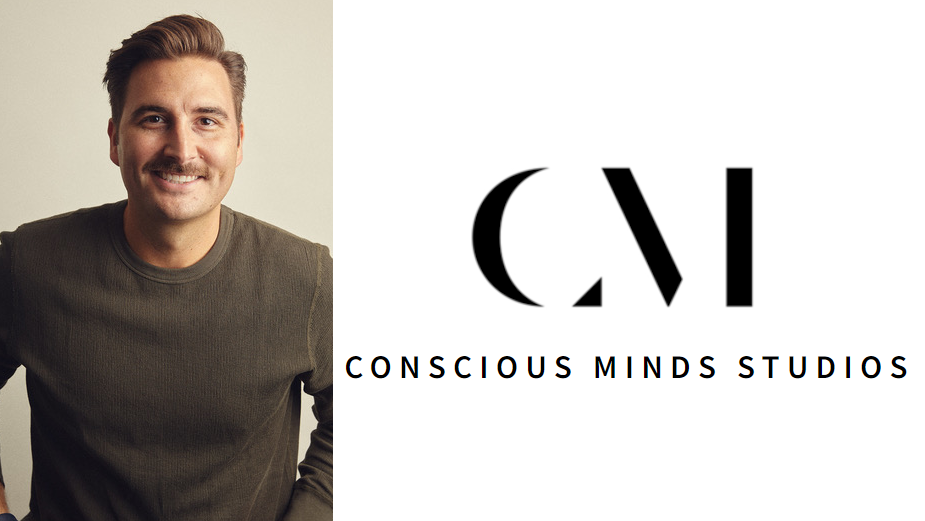 In 2008, Blake Heal began to build Conscious Minds - planning to found a “content company” with the purpose of storytelling for both brands and ads. The creative agency was officially started in 2012 when co-founder and ECD, Cameron DeArmond joined, bringing the “science and strategic vision to quantify the value, scale, and sustainability” of Conscious Minds’ content programs.

For Blake, the ‘why?’ behind Conscious Minds revolves around one question: “Can we create a studio that works differently and tells stories that matter, but also communicates and collaborates in a new way with our clients?” He says that the company has tried to forge its own path, with an unwavering eye toward this goal - providing high quality of life and value for its community.

Starting straight out of college, Blake took his first steps into the industry in 2008 - during an economic crisis that made finding employment ever more difficult. Beginning in this difficult environment before the rise of Instagram and the many emerging platforms that are now commonplace, the founder resorted to his natural “challenger” inclination and underdog mentality. “Starting a company at that time and asking questions of how we could do things differently and capitalise on some of these new and emerging platforms - and exploring the storytelling potential of these - was a real motivator for me.”

He continues, “That beginning was also challenging because being a production company without a roster, working directly with brands was something most companies weren’t doing at the time. We did a lot of things backwards, but now I think it's becoming the norm. I think our experience was really just being really young and probably naive enough to try and be a part of the change that we could see happening - the evolution of where we are today with storytelling and content.”

Where Blake feels the company has found a niche, is how early they begin their research on projects compared to other creative companies. Likening the process to the practices of entertainment companies, a la Warner Brothers or Netflix, he says the approach is more holistic and audience-first, creating things in response to what they learn from audience research. According to the founder, the greatest benefit of this holistic end-to-end approach is the “synergy of time, money, and resources.” In an era where brands want more, higher quality and cheaper content, he says this synergy becomes a huge competitive advantage.

“You can find a lot of idea companies and advertising agencies or strategy companies thinking about those things, but they don't know how to make it end-to-end. As a studio, we can move a lot quicker and connect the strategy to the end result in a really seamless way. You don’t have to use two to three different companies to pass that baton between each other to get the same result. When you do that, you lose a little bit of connectivity, that sense of the ‘North Star’ every time you pass a baton to a different company. That's hopefully what makes us different, that true end-to-end experience from audience strategy - way upstream - to execution and delivery.”

Now at around 100 people strong, Conscious Minds has recently used the pandemic as a chance to start working smarter, analyse consumer changes and re-focus on investing in storytelling. “We’re seeing a lot of brands not rely as much on traditional ads and invest more in telling their brand story in a more holistic, human, meaningful ways. That’s really what we've always been about: telling stories that matter. So this time has been fruitful for us to help brands focus more on true branded storytelling and less on advertising, something that I think has contributed to our growth.”

The company shares Blake’s philosophy that the best stories and content are rooted in authenticity, value proposition and entertainment for the intended audience. To assist with creating lasting stories that “leave a mark on culture”, Conscious Minds has built the ‘Audience Intelligence Team’ that gathers data and insights to “help brief and direct its storytelling to authentically connect with audiences.”

During the pandemic, Conscious Minds received a brief from Nike, looking to start conversations around authenticity. The ‘Come Thru’ campaign brought women from a variety of backgrounds together to discuss everything from sport to culture, motherhood and more. Highlighting the representation of BIPOC women on the creative team, as well as in the content itself, as a vital factor for the project, the company assembled a team who could provide their own perspectives and experiences - adding honesty and authenticity to the production. Shooting under covid regulations across the US, Come Thru drove over two million views on Youtube, 216,000 watch hours, and 41,000 new Nike members. 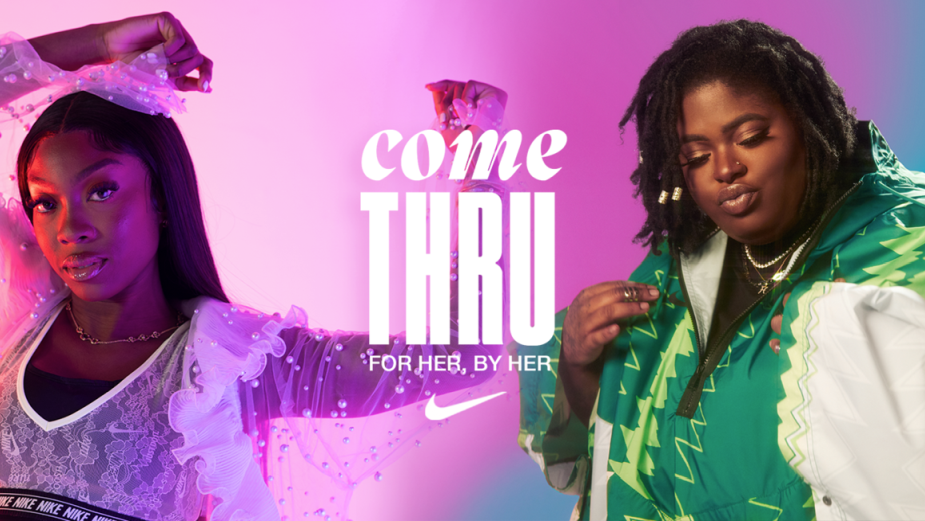 Conscious Minds has recently built a customer storytelling studio and platform for tech brand ‘Airtable’. The work has since evolved into an entire brand campaign called ‘THIS IS HOW’, which has launched globally on TV, OOH and digitally. “The campaign is a perfect example of how human storytelling can actually power an entire brand ecosystem,” says Blake.

Looking ahead to the future, he recognises that most agencies and creative companies are starting to try and provide an internal production service. However, he believes that many agencies miss what he describes as ‘the key to success’ - company-wide integration of production capabilities. “Most agencies still operate as creative agencies with production services. Not as an integrated content partner that has an end-to-end process built into its DNA.”

In 2022 alone, Conscious Minds is looking to launch two to three new brand studios, including one with Jack In The Box. The ‘Curly Fry Studio’ will be a custom team of creatives and makers, alongside the fast-food chain’s “progressive and ahead of the curve” marketing team, with the objective of fueling an “always-on entertainment offence” - something Blake predicted will be exciting and refreshing for a brand that has typically been trapped in cycles of limited time offers.

When hiring people to help form these innovative new hit squads of talent, one word sticks out for the co-founder: “passion.”  Describing the ideal ‘conscious mind, he says, “Someone I’d want to have a beer with after work. Strong ability to problem-solve. Genuine interest to learn and explore new ways of working. Optimism.”

“Above all we have to have belief in each other as a team and the purpose of what we’re doing. In this day and age money is not the ultimate driver, it’s the ability to be a part of something you believe in and feel seen in. People are our product and the core conviction of Conscious Minds. We choose our clients like we choose our friends. That makes collaboration so much easier when you’re doing it on a foundation of trust, respect, and a mutual North Star. Craft is a big word for us in both the traditional sense of ‘creative craft’ and the idea that every person can hone their craft professionally. We try to allow space and education for people to make this a reality here.” 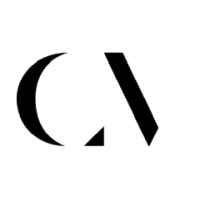 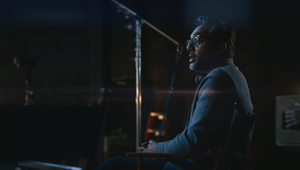 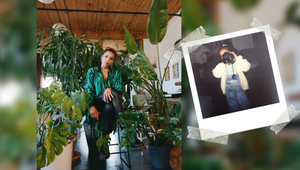 Uprising: Alicia Bee on Her Perseverance and Fostering Women’s Powerful Voices in the Industry
View all News 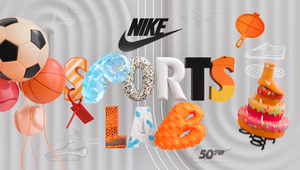 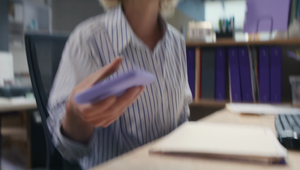 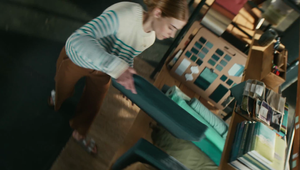 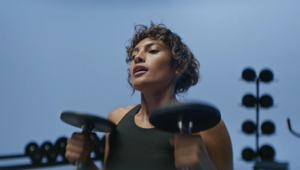