Wunderman takes fans on a tour of the continent with press, digital & social media campaign 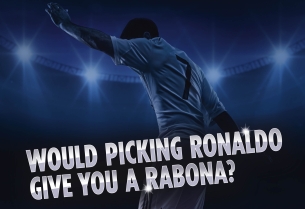 The Sun is supporting its new Dream Team Europe fantasy football game with a campaign designed to take fans on a tour of the Continent.

Wunderman has created activity that will run across press, digital display, email and social media throughout the four-month duration of Dream Team Europe. Breaking on 4 February, the initial two-week focus will be on acquiring players for the game.

An extension of The Sun’s popular Dream Team format and an addition to the Sun+ digital offering, this is the first time they’ve created a European game and will provide fans with the chance to pick their own teams from players in the last stages of the major football tournaments, the Champions League and Europa League.

The agency has developed the campaign line “Prove Yourself. Conquer Europe.” to encourage players to test their skills on the biggest stage of all. 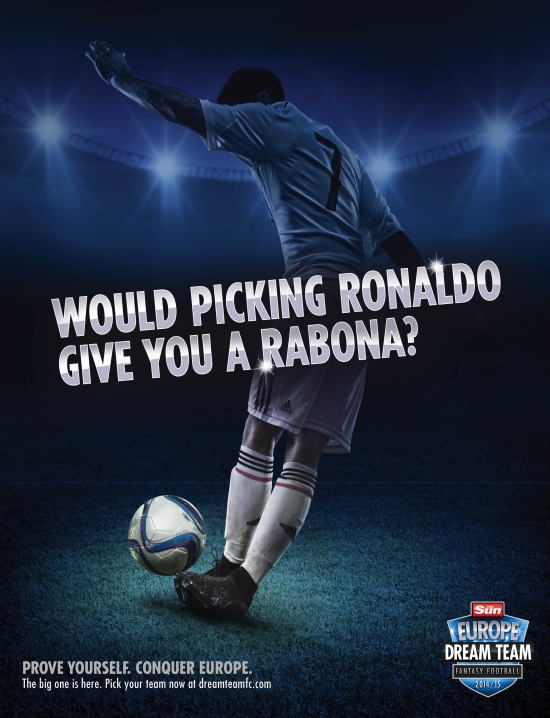 Greg Halfacre, Football and Video Content Manager at The Sun said: “Following on from the success of the Premier League Dream Team game, it seemed only right that our punters should have the opportunity to try their hand at conquering Europe. This continental taster further extends the Dream Team franchise, giving managers the unique and wonderful opportunity to pick a strike-force of Ronaldo, Messi, and Bendtner”

Matt Batten, the Chief Creative Officer at Wunderman, said: “Dream Team Europe is a new offering for the footie mad UK audience, giving them the chance to take their fantasy football skills to Europe. Dream Team fans may be struggling to keep their teams performing well in the main game and this gives them the opportunity to take on a new challenge, pick from the best players in the world and regain some pride. So our creative draws inspiration from some of the character players in the European leagues – from Messi’s vibrant tailoring to Ronaldo’s signature skills.”

The new campaign follows Wunderman’s successful work last summer to launch the Dream Team game for the 2014/15 Premier League season. The agency was appointed to the News UK agency roster in March 2014.