New comedic TV ad developed by Karmarama promises to connect with customers with evolution from ‘Be Confused.com’ to ‘I’m Confused.com’ 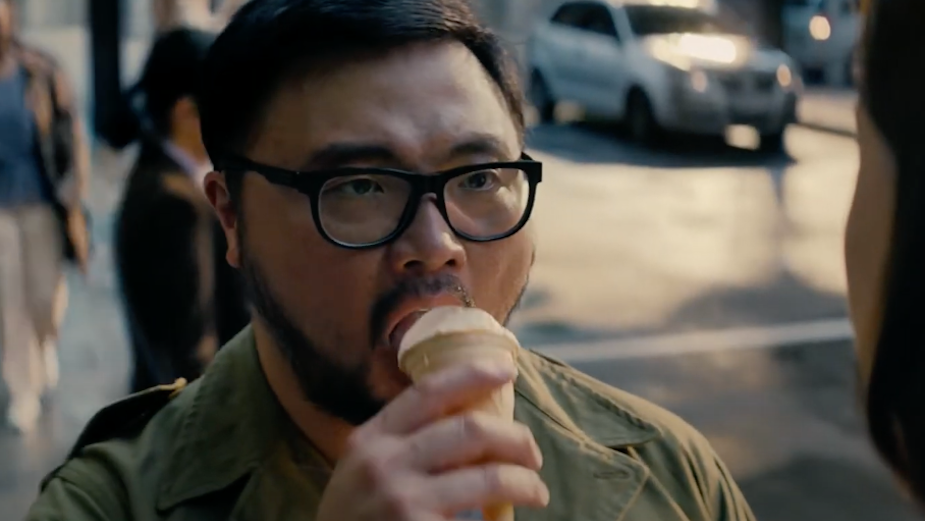 Confused.com is putting a new driver in the seat of its famous blue Mercedes as it builds on the success of its confusion to clarity campaign.
Rhiannon Harper-Rafferty, former Being Human actress, has been chosen as Confused.com’s new driver, replacing Timothy Murphy. Rhiannon delivers a bold performance as she personifies the effortlessly cool, calm and confident Confused.com customer, declaring “I’m not Confused. I’m Confused.com”.
The new creative by Karmarama, part of Accenture Interactive, is an evolution of the ‘Don’t be Confused. Be Confused.com’ campaign which launched in late 2018. Since then, the business has seen double-digit profit and revenue growth.
The first advert of the ‘I’m Confused.com’ airs on Monday 21st September and features a street scene where two pedestrians are drawn into doing the ‘awkward dance’ as they attempt to pass each other on the pavement. Rhiannon observes the comical situation commenting to viewers “I’m not confused, but they are.” She coolly gets into Confused.com’s blue Mercedes and drives off into the distance – an intrinsic feature of the brand’s adverts recognised by viewers.
Samuel Day, CMO of Confused.com, says: “More and more customers are buying in to ‘being’ Confused.com which is mirrored in our business results, so now feels like a natural time to evolve the campaign and give our customers more ownership of the phrase. To say ‘I’m Confused.com’ is to have total clarity and conviction, and we had to adjust our tone for people to truly connect with that.”
Day adds: “People don’t need reminding of how confusing the world is in light of everything that’s going on at the moment. This is why we have moved away from broad cultural observations relating to Brexit and sustainability and developed our narrative around relatable everyday confusions that allow us to introduce some wry humour. Rhiannon is a key part of bringing that emotional connection through the way she engages with the viewer.”
The new creative, which was created by Karmarama and directed by Fredrik Bond of Sonny London, will introduce other everyday confusions as part of the series and will be adapted to promote Confused.com Rewards. The campaign will be supported with an integrated approach across multiple channels, including radio, out of home, press and digital advertising.
Nik Studzinski, chief creative officer at Karmarama, says: “New campaign, new driver (same blue Mercedes). Beautifully shot by Fredrik Bond, this time Rhiannon Harper-Rafferty brings clarity to some of life's little moments of confusion. Hopefully it won't be too long before we all feel a little less confused and a lot more Confused.com”
view more - Creative