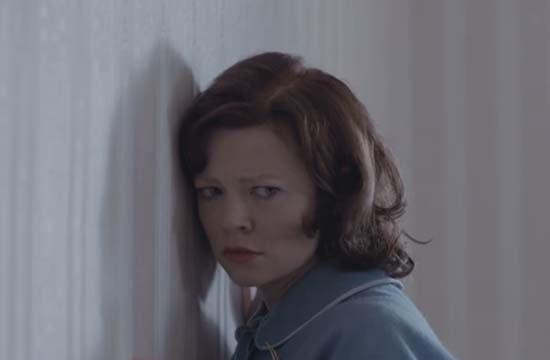 In honour of the inaugural World Orangutan Day, Australian musician Sallie Campbell has composed a musical opus in honour and support of the plight of the orangutans and their rapidly disappearing forest habitat.

A composer and multi-instrumentalist, Campbell drew support and assistance for the project from peers and friends including Kate Miller-Heidke, whose ethereal vocals feature in the song. One of Australia’s brightest new film talents, actor Sarah Snook (Predestination, Not Suitable For Children, Sisters Of War) stars in the clip. Writer and director David Barker, Daniel Denholm (Australian Chamber Orchestra, Powderfinger) who recorded and produced the track, and featured soloist composer/multi-instrumentalist John Rodgers, complete the all star team.

Together with a three-minute film clip and a second instrumental film clip, in its entirety, Nightingale Floor is written for an 11-piece string section and three soloists and dedicated to the original ‘people of the forest’. All funds raised by sales will go to the Orangutan Lands Trust.

Campbell is an ardent campaigner for the orangutan and the forests they inhabit.

“The situation is urgent, it's right now. The last wild orangutans on the earth live in Malaysia and Indonesia. If people knew the food and products they were consuming were wiping out forests and all the beautiful creatures that live there, they wouldn't buy them,” she said. “As consumers we can do so much. We must demand proper labeling on palm oil products and tell companies that use unsustainable palm oil that we won't buy them.

Barker (also currently working with Aquarius Films and Snook on a forthcoming feature film) said that whilst the clip represents the theme of ‘breaking free from cages within our hearts’, it also symbolises how a shift in perception can provide hope for the orangutans.
“The natural wonder, which draws the protagonist forward in the video, is analogous to the orangutan,” he said. “We want people to believe in the idea of natural wonders; we want to create a sense of hope, while at the same time creating an emotive artistic statement that people will want to purchase.”

“The single, most important thing we can do to save the orangutan is to insist that the palm oil used in products is produced in a sustainable way, and not at the expense of orangutans and their habitat,” Campbell said.

All funds raised from the sale of the song film clip, the instrumental film clip and the master strings piece will go to the Orangutan Lands Trust. http://www.forests4orangutans.org/

For more information and to support the Nightingale Floor campaign please visit www.nightingalefloor.com.au