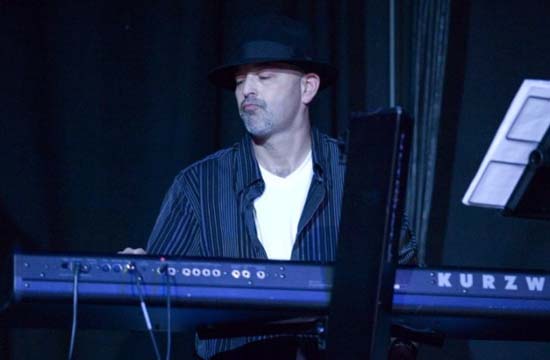 New York-based audio house SuperExploder has added veteran composer Peter Fish for commercial representation. With over 20 years of industry experience, he has worked as a composer/arranger/producer for TV series, feature films, top 10 singles and theatre.

Fish has received 17 Emmy® nominations for his work, including a 2010 nomination for Best Original Theme Song for the PBS series A Moment of Luxury, as well as wins in 2002, 2003 and 2005 for Best Original Score in a Daytime Drama (All My Children). An ardent supporter of the arts, he also recently contributed to the short film “Jesse and the Fountain of Youth” as both a mentor and a musician. In addition to providing professional advice to the NYC subway musician featured in the short doc, he also lent his talents to contribute the sound mix for the film. In addition to his acclaimed TV and film work, his recent commercial credits include spots for Panasonic, McDonald’s, Mitsubishi, Tic Tac, Volkswagen and Domino’s, working with such top agencies as Grey, Publicis, JWT, Creative Mindworks and Messner Vetere.

Notes SuperExploder Executive Producer Beth Cummins, “The significant musical prowess that Peter Fish brings to SuperExploder’s group of world-class songwriters truly enhances the range of our musical offerings. Peter’s diverse styles—particularly in jazz, rock, pop and world music—are the perfect complement to our other composers’ strengths. We’re looking forward to working with Peter.” Adds Fish, “I am thrilled to be represented by SuperExploder in the commercial/agency market. I really value their professionalism and grace. A company is only as good as its people, and my longstanding past working relationships with both Beth Cummins and Jody Nazarro made me even more excited to move forward into the SuperExploder galaxy!”

His music and sound design for television has reached 200 million homes worldwide. Fish composed the primetime themes for CBS’ Street Stories and Verdict as well as additional themes for many of the top networks including Fox, HBO, NBC, MSNBC and Lifetime. Fish also made his NYC theatrical debut as composer of “The Unlucky Man in the Yellow Car” for the New York Fringe Festival as well as recording and conducting three original compositions commissioned by the Czech National Symphony in Prague.