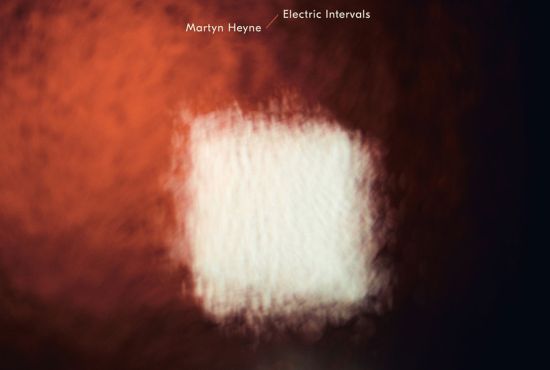 Artist and composer Martyn Heyne has released a series of beautiful visuals for his album, Electric Intervals

Directed by Jasperi Wirtanen, the full visual accompaniment artwork was created by FELD studios, which is a Berlin-based design studio, focusing on technology and graphic design. The interesting visual features combinations of colourful bursts and analogue effects.

Classically trained at the Conservatory of Amsterdam, Martyn moved to Berlin and set up Lichte Studio in 2009. Martyn has been involved with some incredible releases in the contemporary classical and alternative genres, including Peter Broderick’s These Walls Of Mine, The National’s Trouble Will Find Me, Efterklang’s Piramida, and Lubomyr Melnyk’s Corollaries.

As a performer, Martyn was a live member of Efterklang until The Last Concert in 2014, and as a solo artist has supported Nils Frahm and A Winged Victory For The Sullen on tour, with a show that featured electric guitar and an analogue drum machine. His solo live performances have attracted great reviews, with Clashmusic describing his show thus: “Working alone, his complex guitar playing builds up into vast layers of sound, punctuated by skittering drum machines and woozy synths.” Most recently Martyn supported Balmorhea on their 2018 European tour.

As a composer, Martyn worked alongside Dustin O’Halloran on the US TV series, Transparent. In 2015, the show was nominated for an Emmy in seven categories and won two Golden Globe awards – one for Outstanding Original Main Title Theme Music.

Electric Intervals is Martyn’s most recent album and was released in November 2017.