Comparethemarket Meerkats Aleksandr and Sergei Delight Fans Down Under 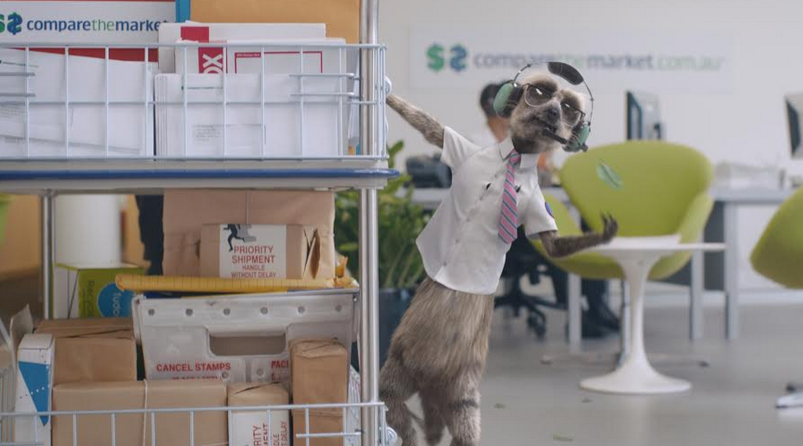 Australia’s favourite meerkats are back with a new TVC, and they are on a mission to find out why people are still going to comparethemeerkat.com.au looking for private health insurance.

The latest instalment of the hit TVC series, ‘Operation Recon’ – which launched nationwide on Sunday night - opens with Aleksandr in the comfort of his ‘lice’-cream van ordering Agent Silver Fox, a.k.a. Sergei, that the ‘Mission is go!”

Head of IT and Head Tea Maker Sergei, who must have been attending Spy School on the side, has infiltrated Compare the Market headquarters and pulls off some seriously impressive spy moves to avoid detection as he makes his way around their office.

Filming with his old-school 8mm handycam, Sergei learns that comparethemarket.com.au can help customers find a better deal on their health insurance from a range of leading health funds.

Success! Aleksandr announces that the mission has been accomplished, ordering Sergei to retract. He does so with surprising dexterity and both meerkats are soon safely back inside their undercover van. As they replay the top secret footage, Aleksandr asks his audience to “please buy health insurance from Compare the Market. Simples!”

Aleksandr tells us, “With many people still coming to my website, it was time to up the ants and launch secret weapon Sergei. His fleas scare whole armies alone.”

‘Operation Recon’ is the third instalment of the Mission Impawsibles campaign, following the release of ‘Undercover Sergei’ in February and ‘Watercoolings’ in March of this year.

The TVC and additional mission information can be found here: http://www.comparethemarket.com.au/meerkat/mission-impawsible/briefing/. Fans have also been following the Australian adventures of Aleksandr and Sergei via their Facebook page.