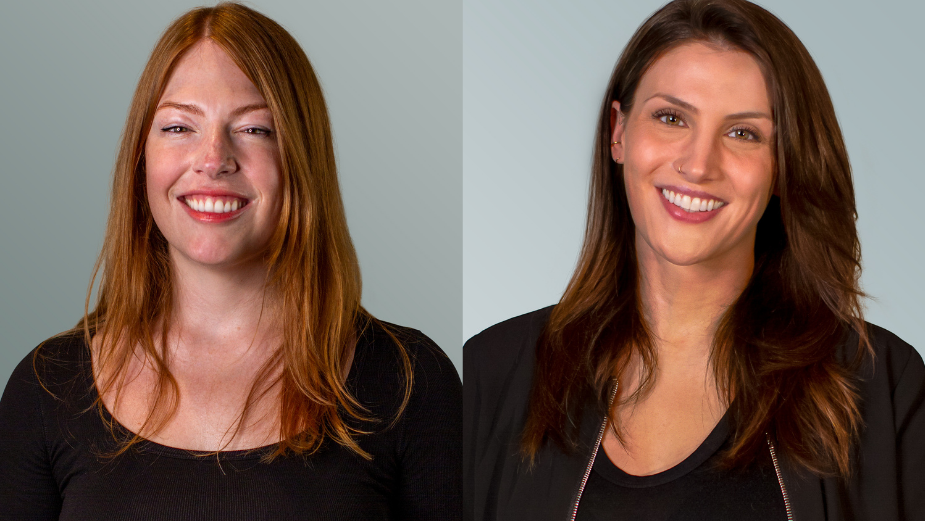 Creative marketing agency Compadre is scaling up its strategy team with the addition of Taylor Katai as senior director of creative strategy, and Daphne Brunelle as brand strategist. Katai and Brunelle are seasoned entertainment and brand marketers who bring both agency and client-side experience to their respective roles at Compadre, spanning television, film, media, and consumer brands. Both will work closely with Compadre Co-Presidents Chuck Carey and Robert Blatchford to lead strategy across all of the agency’s efforts for clients, as well as seek opportunities for growth for Compadre.

“Taylor’s expertise in brand communications and experience in developing non-traditional creative activations bolsters our burgeoning strategy department and provides new approaches to the complexities of brand campaigns today,” says Blatchford. “Daphne is our secret weapon when it comes to brand audit strategy and understanding behavior and context to help brands stand out. Both add a deeper layer to what we can offer our clients while bringing their unique experience to our leadership teams and we’re happy to have them on our team.”

“I’m excited to bring the versatility of my work to Compadre and its clients, from communications and campaign strategy, to creative concepting and production, all while helping reach our larger business goals as an agency,” adds Katai. “Compadre is dedicated to pushing beyond what’s already been done. They’re experts at what they do and are always strategically and creatively pushing past what’s simply comfortable, and I look forward to working with Compadre and opening up a new world of opportunity.”

Katai is a multi-faceted entertainment and brand marketer with more than 10 years of experience spearheading the development and execution of 360 global creative campaigns for everything from breakout TV series to blockbuster film titles to high-profile brands, domestically and internationally.

Prior to joining Compadre, she was Director of Strategy at Giant Spoon, where she led entertainment and experiential marketing projects for Amazon Prime, Paramount Pictures, and STX Entertainment, among other high-profile brands, studios, and streaming platforms. Here, Katai made a name for herself imagining up creative marketing strategies and large-scale activations for titles, including the vaunted experiential activation for STX and Jim Henson’s “The Happytime Murders,” featuring Melissa McCarthy. The headline-grabbing adult-rated speakeasy event immersed guests in an irreverent world of puppets -- garnering extensive buzz with fans and publicity, including LA Times and The Hollywood Reporter. Prior to Giant Spoon, her other career stops include Simon Fuller’s XIX Entertainment, where she led end-to-end creative brand partnership programs for original unscripted television series, including ¡Q’Viva! The Chosen! starring Jennifer Lopez and Marc Anthony; and NBCUniversal, helming brand campaigns for  #1 series and specials including This Is Us and The Wiz Live.

Brunelle brings nearly a decade of experience in brand and communications strategy. Most recently, she freelanced on campaigns for NFL, Gaia, SAQ, Coca-Cola, and Smartwater at various creative agencies, including Compadre. Before this, she enjoyed a tenure at RAPP as Senior Brand Experience Strategist; here, she notably developed the experience and communications architecture for the University of Phoenix.

Brunelle's career took off at Omnicom and Sid Lee as a digital strategist. Going client-side at HelloFresh, she spearheaded acquisition strategies that led to a 50% customer increase in the Canadian market -- in just three months. She would go on to accept a strategy role at VICE Canada, where she helped propel the iconic media company's branded content efforts with large-scale creative partnerships with Google, CIBC Bank, Toyota, Sephora, and others.

“Compadre’s work is led by well-thought-out, design-forward ideas,” concludes Brunelle. “We put so much care into creative output, which makes my role as a strategist all the more fun. I’ve always been interested in doing empathy-led thinking, rooted in very culturally relevant moments and Compadre is really tapped into this. My international experience and being multilingual enable me to be very flexible and three-dimensional in my approach to strategy and communications. I look forward to being a part of Compadre’s growth to level up our strategic thinking.”