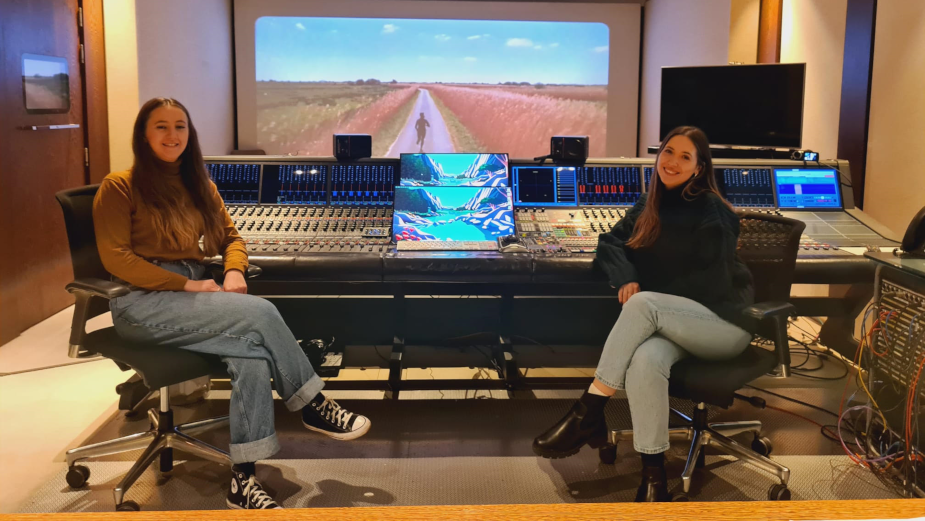 Rachel Scott and Lizzy Andrews from Grand Central Recording Studios are two junior sound designers who have achieved a beautiful piece of work for Women’s Aid, a film that broaches the topic of abuse and coercive control. The brief was focussed on maintaining a natural rawness and with the director, Shaun James Grant achieving this through 35mm film, very little sound was recorded on set giving Lizzy and Rachel a big hill to climb, which they have elegantly achieved.

Rachel and Lizzy, said: “Designing the sound for a short film on coercive control is a brief that needed to be approached delicately and we wanted to do the subject matter justice. The Women’s Aid film ‘Sinking’ follows a woman called Rose, played by Emma Nihil, with the scenes heavily guided by accounts from real women who are victims of abuse.

“We worked very closely with the director, Shaun James Grant to help him achieve his vision of a film with a dream-like, surreal quality but, importantly, it still needed to be quite raw and realistic. Achieving this balance was quite a challenge and rather than dialling up the drama too much such as in a thriller, we had to keep the emotions quite contained.

“To achieve the dreamlike quality, we introduced the sound early so the viewer can hear the sounds from the next shot before it appears. This gives a sense of detachment, which is how Rose seems to be viewing the world.

“We created a tonal distinction between the exterior and interior sounds and added atmospheres to create additional tension. The outdoor sounds are richer and more calming and inside the house is made to feel more claustrophobic. We used drones to create an unstable atmosphere, and the addition of a ticking clock becomes a metaphor for the return of her husband. This is particularly heightened when she is tidying up and setting the dinner table and when the clock starts up again in the bedroom at night, which represents the cycle of abuse starting again.

“Throughout the film we go on a journey between short lived moments of calm to quickly snapping back to reality. The rhythm of Rose’s breathing helped to represent these fleeting moments of calm, whilst allowing us to build emotion in certain scenes.

“We designed a huge range of sounds to support this film. ADR was used heavily; all dialogue was re-recorded with the cast in our studio and original foley sounds were created for everything from opening packets to footsteps to cleaning the carpet from spilled red wine. A particular challenge was the inaudible background chatter that had not been captured from the set, which is not easily achieved in audio post-production.

“To the untrained ear ‘Sinking’ may appear to be subtle from an audio perspective, but it was anything but and we’ve learned a huge amount whilst working on this film supporting a very worthwhile charity.”