Commonwealth War Graves Commission and M&C Saatchi urge people to look to the stars to remember 1.7 million Commonwealth individuals who lost lives in WW1 and WW2 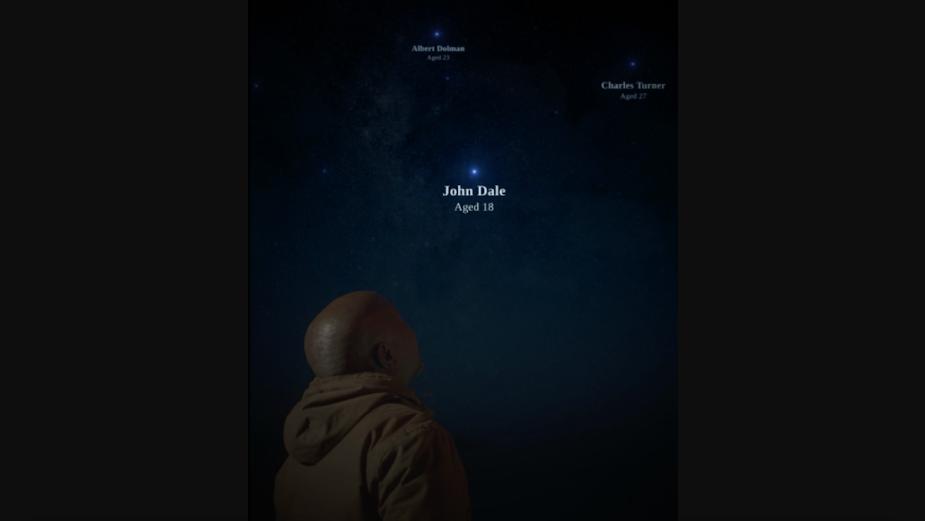 The Commonwealth War Graves Commission (CWGC) has today revealed #ShineOn, a new campaign urging people of all ages to join with them in paying tribute to the 1.7 million Commonwealth individuals who lost their lives in WW1 and WW2. The pro-bono push was developed in partnership with M&C Saatchi.

With no mass Remembrance services taking place this year due to Covid-19, the CWGC has worked with M&C Saatchi to create an inclusive, accessible, digital Remembrance event to mark 11th November 2020, in order to engage with a younger, more diverse audience.

Every year, people gather on the eleventh day of the eleventh month and bow their heads, looking down to pay their respects to those who gave their lives in the two World Wars. But this year, the CWGC is encouraging people to look up instead. On the evening of 11th November, it will ask people to go outside at 7pm and look up to the stars to remember those who died across the Commonwealth.

Based on the idea that behind every name is a story worth telling, the CWGC has worked with M&C Saatchi to create a unique website, making use of the Commission’s existing extensive records and search facility, that maps the entire night sky and allows users to name a star after someone who died in one of the World Wars. The agency has used WebGL to recreate a 3D version of space as photographed by NASA. Ahead of Armistice Day, visitors to the site can search for an ancestor and name a star after them, so that they are remembered forever.

The digital platform is supported by social media activity, running across Facebook and Instagram, with posts from influencers including Saffron Barker to boost organic reach. The social assets focus on the simple beauty of the night sky and act as a reminder to the country to go outside on 11.11 and look up to the stars. An Instagram filter allows anyone to get involved and create their own bespoke asset to champion this moment of remembrance.

The CWGC is also taking over the Royal Household’s Instagram page in the run up to Armistice Day to help spread the word about the initiative.

In order to generate further conversation, awareness and interest on Armistice Day,connecting the physical location of CWGC cemeteries to the campaign’s digital activity, the CWGC is installing beams of light at four key war memorials and cemeteries,including Brookwood Military Cemetery in Surrey and The Plymouth Naval Memorial.

The CWGC is committed to commemorating the 1.7 million men and women of the Commonwealth who died during the world wars and is responsible for looking after and maintaining Commonwealth war memorials and cemeteries at 23,000 locations in more than 150 countries and territories.

Peter Francis, media and PR executive, Commonwealth War Graves Commission, said: “We chose to partner with M&C Saatchi UK Group on our Armistice Day activity this year as the team really bought into our work and what we stand for.

“We have had to take a completely different approach to the period of remembrance this time around. There won’t be mass gatherings at the Cenotaph and war memorials, and many of us won’t be at our usual places of work to hold a communal two minutes silence, but we wanted to ensure that we still take the time to remember those who fell.

“This year, we’ll look up to the stars in our night sky to remember the 1.7 million Commonwealth individuals who lost their lives in the two World Wars. We are urging people to join us by choosing to name a star in remembrance of someone, and to look up into the night sky at 7pm on 11.11.20 to remember that person and all of the war dead. We want to make sure their names Shine On.”

Matt Lee, executive creative director, M&C Saatchi, added: “When names are forgotten, ourstories are forever silenced. There is immense power in a name and the memories associated with it. That’s why it’s so important to remember the Commonwealth war dead, this year and every year. We’re honoured to have had the opportunity to partner with the Commonwealth War Graves Commission on this important initiative.” 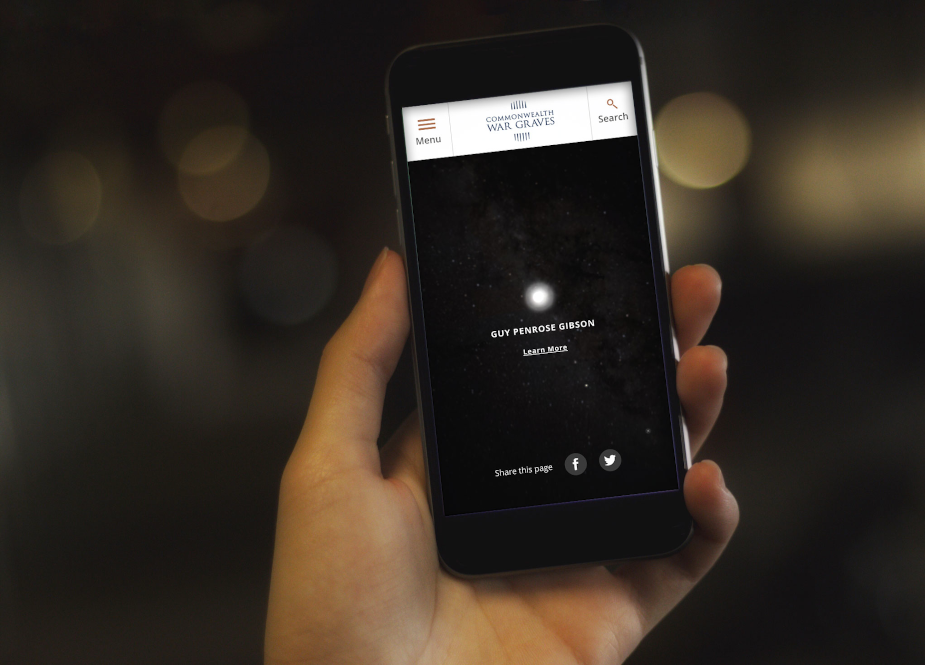