Coming or Going? Is France Doing Enough to Attract and Retain Talent? 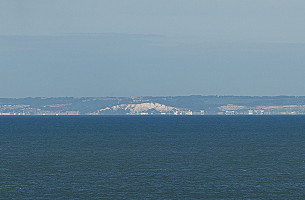 Paris has a talent problem – there’s lots of it but it’s not content to stay put. On the face of it, working in France has much going for it. Strict employment laws equal job security, government mandated working hours of 35 hours per week (check) make for a relatively manageable work-life balance and the food? Well, oh là là. Not to mention the global mega brands like in fields like fashion (Hermès, Louis Vuitton, Dior, Chanel), cosmetics (L’Oreal, Guerlain), automotive (Renault, Peugeot), energy (EDF) and more that have their headquarters in France.

But for many ambitious young French people keen to make their mark in production and advertising, the city of lights looks like it could be losing its sheen. London, for example, is said to be the ‘fifth biggest French city’ so large is the French population. The likes of Pixar and DreamWorks are gobbling up the country’s notoriously talented animation graduates, and giving them their own American dream. Talk to the animators, directors and creatives who have decided to settle elsewhere and it becomes clear that they feel that restrictive attitudes and working culture are driving them to seek their creative fortunes in other countries. But on the other hand, there’s an increasingly globalised mindset in Paris and more international companies – like Czar, Acne, Sid Lee – setting up in the city. That means there’s a growing trickle of interesting creative minds making their marks on the French market and the smart agencies are waking up to the fact that they need to welcome global talent.

So what’s the deal? Is talent coming or going to France?

In search of another way of working

On a sunny morning in London’s Soho I caught up with directing duo Gold Cactus – Remy Dupont and Fabrice Fiteni. They’re a pair of French animators who left the country soon after graduating at the prestigious Supinfocom animation school… and they have no plans to return.

Their reasons, manifold though they are, boil down to one thing: freedom. Freelancing, and the ability to switch up companies and projects, is not quite so common in France meaning that it’s tough for young French creative types to cut their teeth and build contacts. Creativity, as they see it, is handicapped by an attitude of jobs worthiness and conservatism.

Also joining us that morning was Picasso’s Head of Sales, Amelie Lambert, who commented that she too had to leave France in order to follow her ambitions. With a law degree, she found that the doors of the creative industry were locked tight – yet in London she’s been able to build a career for herself with a vibrant and interesting animation company.

“It’s kind of sad, but not really,” says Jerome when I ask if he’d like to move back to France someday. The other two nod their heads in agreement as he adds wistfully, “maybe it will change in the future…”

They’re by no means alone – the community of French creatives, directors, animators, and VFX whizzes in London is conspicuous and vibrant.

“It is really hard not to know any French people in London!” laughs Francois Roisin, a CG Lead working at The Mill in London, who was drawn to the UK by its electronica scene. “There is a strong network from the big French schools such as Supinfocom, Esma, Gobelins, and even though we all grow up separately, our paths often cross in London’s creative industry.”

In a sense, Francois – like the rest of London’s French contingent – is getting the best of both worlds. London’s proximity to Paris means that he can often work on French projects and he’s close enough to visit easily, and so for now he has no driving urge to return home. “In my day-to-day job I get to work with French clients a lot and I really appreciate being able to communicate in my mother tongue. I have never really envisaged moving back and living in Paris – maybe in my older days! For now, I’m really happy to be here in London.”

That French society does not always support personal ambition due to conservatism. And bureaucracy is one of those ‘truths’ that is verging on stereotype and caricature. Nonetheless it’s consistently cited among the creatives (both those who work in France and those that don’t) with whom I talk. Hiring people is notoriously risky and difficult, salaries are lower than other European countries because employers also have to make hefty social security contributions. Curiously, though, these protections (not to mention limited working hours) also make France the most productive country in Europe so it can’t be all bad.

If anything, reckon the team at Sid Lee, the entrenched hierarchies are just an extra nudge for the country’s young – part of a global generation who just want to travel, no matter where they’re from.

“Millennials from the world over are more inclined to leave their country (and bring back the knowledge from their travels years later, or not). When it comes to France, there’s probably an additional driver that is tied to personal opportunity (unlike France and its top-down organizational structure, the US offer the American Dream whilst the UK is less hierarchical than their southern neighbours).”

According to Altmann+Pacreau’s Olivier Altmann, the trend has been overstated. “It really isn’t that much, only a few teams. The most talented or brave ones are indeed trying to leave France to improve their skills in London, Amsterdam, New York, Shanghai and even Australia.”

At BETC Paris, Stéphane Xiberras sees the itchy feet of young French creatives as something that’s happening all across Europe – and it’s something his agency is benefiting from as it becomes increasingly international. “That’s a general movement all over Europe and it’s a great thing! At BETC we have English, Americans, Swedes, Germans, Australians, Koreans… It reassures me – we all speak the same language.”

Altmann also thinks that wanderlust among young creative talent isn’t such a bad thing. It is intertwined with an increasingly ‘global’ mindset among French agencies who are also more enthusiastic than ever about recruiting from abroad.

“I think it’s a positive trend as, in the past, we weren’t so keen on travelling abroad. Now, everyone is speaking English and foreign agencies are looking for international creative teams as they want to do more and more international business. Sometimes it’s more efficient and costs less to lure talent from all over the place to one agency rather than open offices all over the world. Amsterdam, for instance, is a good place to mix European talents for European brands. New York is interested in learning more about our luxury approach for brands, and so on. I strongly encourage young talent or even those who have more experience, to go abroad to learn more and explore the global village of advertising.”

MPC’s Franck Lambertz is one such high profile recent example of a prodigal son of France who has returned to his roots, bringing home a wealth of experience and skills following years of globetrotting. MPC Paris opened its doors in February, allowing Franck to bring his skills, honed in London, Montreal, Los Angeles and Amsterdam, back to France. If this generation of adventurous millennials follow suit, the country could be storing up a skills windfall for future years.

Whether young French people are staying or going, what’s interesting is the changing perception of the country among foreign creatives. Admittedly France isn’t always top-of-mind for creatives looking for their next move, but that’s also changing.

DDB’s Alexander Kalchev moved to France from Bulgaria and has found there to be plenty of space to make interesting, career-defining work – it just takes a bit of initiative. “I’m a foreigner who came to France so I believe it’s what you make of it. There’s a lot of opportunity in London and the US is so vast that there’s a place for everyone. Paris remains a really good place to work, there are lots of companies do quirky work,” he says, before adding that the massive bonus for foreigners willing to take the plunge is the Parisian lifestyle.

Jamie-Edward Standed and Mark Horgan of Rosapark have also managed to make a satisfying, creative home for themselves in Paris. Not bad going for two Kiwis who rocked up in the city eight years ago without a job and barely a word of French between them. At the time their move was seen as shocking to French employers, who value job security, but their ballsy move also made them a curiosity and netted them plenty of interviews. Now though, things are changing noticeably: their agency has a range of nationalities in the creative team, from Belgian to Lebanese. Moreover, there’s an enthusiasm among the young team for speaking English in meetings.

“Our generation, in France, is good at English and they want to use it. We arrived eight years ago and it’s changed since then,” says Jamie.

“Younger people want to speak English. At Rosapark a lot of the team quite like it because it feels like they’re working at an international agency. We generally speak English to them, we mix it up. One of our art directors loves it – he had never spoken English before, and now he won’t stop!” adds Mark.

Several people we speak to speculate that the ‘language barrier’ is a major hurdle, but now that the world’s most widespread second language has currency in French agencies, the prospect of relocating to Paris is less intimidating.

Concurrently with these organic changes, the French government has been actively trying to trim down its notorious red tape and make it easier for companies to attract talent. And they’ve been looking to one neighbour in particular for inspiration, say the team at Sid Lee.

“The city – and what it offers – is already world class so it can easily attract world class talent. To further attract talent, much like Amsterdam did years ago, Paris now has tax breaks for expats and for the companies that hire them. Language is definitely a hurdle to not overlook when attracting talent, so getting more pan-regional and global business out of France is key.”

But are these changes enough? There’s been great progress so far but Olivier Altmann reckons the French ad industry needs to adopt more responsibility for making itself more welcoming and appealing.

“First off, we’re lucky to work in one of the most attractive cities in the world. Paris is a place where quality of life could be a real asset. But that’s not enough – French agencies should provide a happier and more exciting environment for creatives. Some agencies do, but not all of them,” he says. “And we aren’t necessarily very good at integrating international people, we tend to give them only international clients, which aren’t always the most exciting ones… But we are seeing more and more foreign faces in French agencies, Australians, Chinese, English, Irish, Canadians, etc. Nevertheless, a lot more can and should be done to help those people feel at home in our agencies, it’s a question of culture and integration.”

With its increasingly global outlook, Paris is starting to look more appealing for global creative talents. Moreover, though many of the restless young French creatives have no immediate plans to return home, they may decide to in the future, bringing their energy, expertise and a whole new attitude. 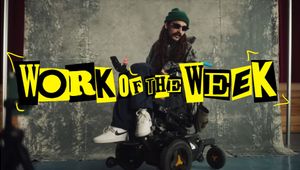