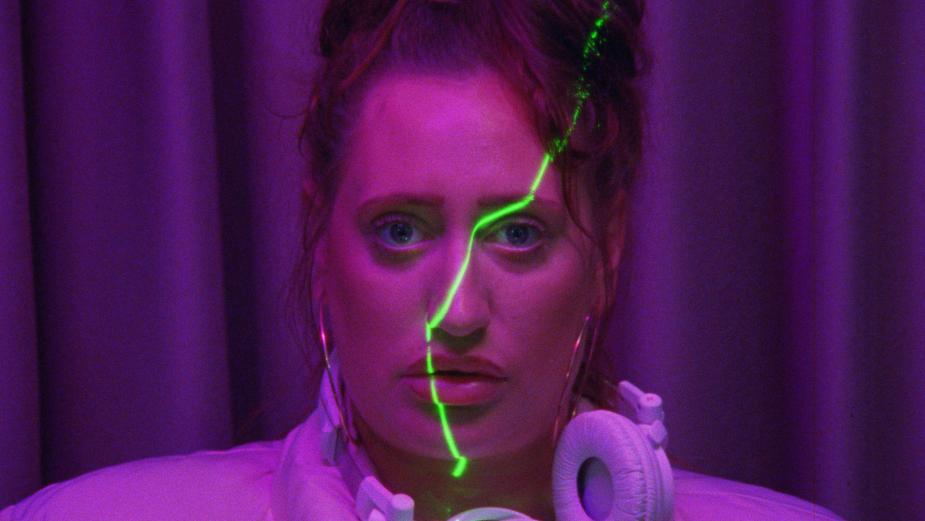 Known for his comedic flare, Eoin has directed commercials for brands such as British Gas, Friends of the Earth and Sky One; and has shot music videos for Carnage, Joji, Glass Animals and Beirut. Excuses is the debut record for Liverpool-based Mentis, and is released by Columbia Records.

The three minute music video is shot as a short film, capturing the tragicomic trials and tribulations of Kent’s premium mobile party provider, DJ Debs. The film follows DJ Debs as she hits the road smashing Ginsters pasties and parties, touring the county supplying reasonably priced sound equipment and solid gold hits to its hungry citizens as she struggles to come to terms with the fact that she may never accomplish her true goal: to play Ibiza. But, when their manager secures them a gig at BAR IBIZA it looks like their dream might just come true after all.

Eoin Glaister, director, Stink Films said “When we think of DJs we tend to think of the superstar kind rather than the mobile variety but it was the latter that I wanted to shine a light on in this video for Mentis. ‘Excuses’ documents the tragicomic trials and tribulations of DJ Debs, Kent’s premium party provider. Somehow we managed to trick Lauren Socha into brining this character to life. What a bloody coup that was. She’s a star and effectively had to go full method for the role as we bundled her in a van and drove around Kent trying to blag gigs. Eternally indebted to our astonishing crew who did loads with very little. Absolute legends the lot of them.”

Shot on 16mm, using an Arri SR3, ‘Excuses’ utilises the run-down and neglected Kent coast line and its many aged and dilapidated locations.

“We had so much fun making this, a three day escapade around Kent with a really close knit team. Lauren is an amazing talent and the opportunity for Eoin to build in dialogue with her was a total joy. I didn’t get to go on the Jet Ski however, so I will be going back...to Ibiza this time.” said Hannah Bellil, global head of rising and music video.

Eoin is represented by Stink Films.