Conceptualised by BBDO New York, John Lewis, Alicia Garza and Chelsea Miller will be spotlighted on empty pedestals where confederate statues once stood 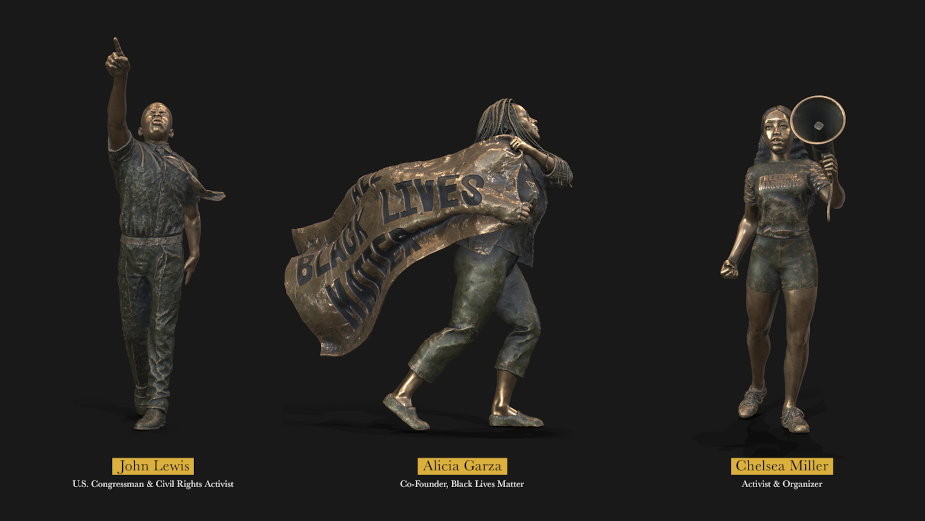 Today, Color Of Change, the nation’s largest online racial justice organisation, launched 'The Pedestal Project' – an augmented reality (AR) experience on Instagram that lets users place statues of racial justice leaders atop empty pedestals where confederate statues once stood as a refreshing new symbol of equality and progress.
Color Of Change has advocated for the removal of contentious statues for many years. Now, 'The Pedestal Project' uses technology to see a world where statues finally portray worthy idols for future generations. The campaign launches with three incredible racial justice leaders to honour and virtually place on the empty pedestals where the likes of Robert E Lee and Stonewall Jackson once stood:
- John Lewis, Civil Rights leader and Former United States Congressman
- Alicia Garza, co-founder of the Black Lives Matter Movement, Author, and Principal at Black Futures Lab
- Chelsea Miller, co-founder of Freedom March NYC
The campaign encourages people to snap a picture or a video of their experience and share to social page by tagging @ColorOfChange. 'The Pedestal Project' Instagram Lens is activated via a mobile device on the Color of Change Instagram page, at home, anytime. Color Of Change encourages people to go outside, safely, within their own communities to find empty pedestals where confederate symbols once stood.
The AR experience is easy and immersive. Upon accessing the lens, users will be able to select from a gallery of statues, place it atop an empty pedestal and in the activists’ own voice, hear why change is worth fighting for.
“In their time, white nationalist officials erected statues of Confederate leaders for a reason – to send a message about who should dominate this country, and to put Black people in our place,” said Rashad Robinson, president of Color Of Change. “In our time, Confederate statues continue to encourage white nationalists who are hell bent on resisting progress. It’s not enough to remove them, we must replace them with symbols of a just vision of America. But most importantly, every statue we change must go hand in hand with a statute we change. We cannot allow symbols like monuments to be a consolation prize - they must accompany real efforts to change laws and outcomes for real people, which is why we’re focusing on three of the many heroes fighting for concrete, anti-racist policy changes that will transform our country for the better." 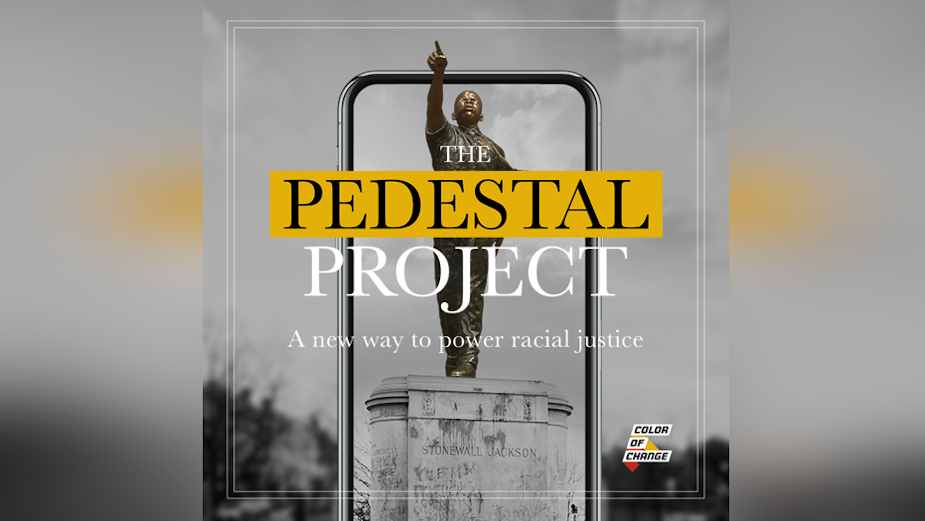 "Symbols and their substance matter,” said Alicia Garza, co-founder of the Black Lives Matter Movement and one of the featured virtual racial justice leaders in 'The Pedestal Project'. “They are a representation of that which we vow to never forget - they are regular reminders of what we value, who we strive to be, as individuals, as communities, as a nation, as a people. There are symbols of racial terror all over our country - Confederate monuments, crosses burning on lawns of civil rights workers, statues to killers and war criminals. But what if there were monuments to our ongoing struggle for racial justice, for dignity, for democracy - not confined inside of memorials and museums, but everywhere that people gather? 'The Pedestal Project' allows us to imagine a United States that was committed to remembering rather than forgetting, a country striving towards equality and justice."
“The Civil Rights Movement never ended; it has just taken new forms,” said Chelsea Miller, co-founder of Freedom March NYC and one of the featured virtual racial justice leaders in 'The Pedestal Project'. “It is on every generation to build on the work of those who came before us and unapologetically stand on the shoulders of our ancestors. This partnership with Color of Change is a reminder of the power of this movement and the intergenerational work that is required to reimagine what’s next.”
As Instagram users are interacting with 'The Pedestal Project' Lens, Color Of Change is also calling for action. Sign their online petition for the removal of all Confederate symbols in public spaces and replace those empty pedestals of equality and hope. To learn more about the initiative and to find a local empty pedestal, visit the website and help turn these ill-conceived pedestals into beacons of racial justice.
'The Pedestal Project' was a pro bono initiative created in partnership with leading creative agency, BBDO New York.
view more - Creative

Editorial Company “Launch” and “How To”: BBDO Studios