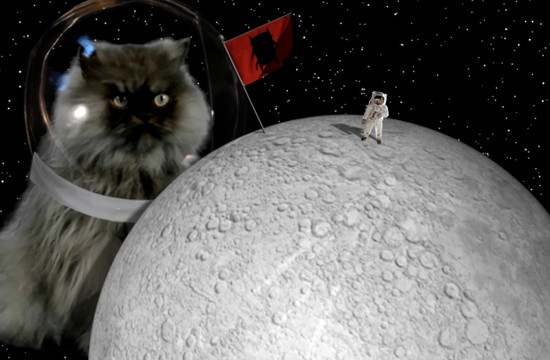 On the coattails of his inclusion in the Guinness Book of World Records for having the world’s longest fur, Colonel Meow – the dictatorial feline with a cult following of 300,000+ on Facebook – stars in the newest web video promoting the MovieCat2 app. MovieCat is an award winning movie trivia app and its highly-anticipated sequel, MovieCat2, launched Dec. 19 to great fanfare.

The web video, created by Draftfcb Seattle and breaking tomorrow, features Colonel Meow at his best – destroying all those who are in his path as he travels beyond the limits of space to ensure cat dominance. The comedic video features Colonel Meow navigating massive explosions, sharks, narwhals and more.

MovieCat2 consists of more than 1,000 unique movie trivia puzzles and features the MovieCat Players, a cast of illustrated feline “actors” who have been drawn into their own versions of famous movie scenes and posters.