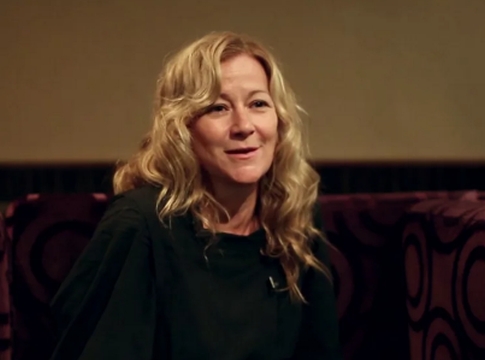 The ADVERTISING Club of New York, the industry's leading organization representing the vision and mission of the global advertising community across crafts, announces today that Colleen DeCourcy, Partner & Global Executive Creative Director, Wieden + Kennedy, has been named Chair of the 2015 International ANDY Awards.

For more than 50 years, the ANDY Awards have recognized the brave process of creativity. As the most sought-after awards for creative excellence in advertising, the ANDYs continually raise standards for craftsmanship in the industry around the world, and set the bar for creativity as the first awards show of each year. Judged by a hand-selected, integrated jury of globally renowned creative leaders, awards are granted to both single entries and campaign executions, distinguished by product, service or technique category.

“Colleen is one of the highest ranked creatives in the business, and her positive voice is incredibly valuable to this industry. In 2014, we reached a milestone in ANDYs history, celebrating our 50th year by recognizing the best creativity in an evolving landscape, and Colleen has been central to that journey. I know she will continue to drive our mission to elevate the advertising industry and create one that is brighter and braver in the future. Colleenas ANDYs Chair is a natural fit as we embark on the future of creativity and invention in 2015,” said Gina Grillo, President & CEO, The AD Club of New York and the International ANDY Awards.

One of the world’s leading creatives, DeCourcy’s entrepreneurial spirit, originality and dedication to innovation in the industry are illustrated in her impressive resume, from her roles at JWT to TBWA to Socialistic to Wieden + Kennedy. DeCourcy has served on several  ANDYs juries, including the 2014 jury that recognized the industry’s bravest work in honor of the ANDYs’ 50th anniversary. A champion of infusing greater creativity into digital and promoting new applications of technology to solve business challenges, DeCourcy will tap a diverse jury of top global creatives to help recognize the most provocative and innovative work from the past year. As Jury Chair, her mission is to lead the jury in celebrating creativity that’s moving the advertising industry forward.

“It is an absolute honor to lead the ANDYs. The jury is world class, the show is integrated and it has always stood for creative excellence,” saidDeCourcy. “The ANDY Awards have truly raised the bar for defining creative greatness over the last five decades, and I look forward to honoring those who continue to push this industry forward.”

Founded in 1964, the ANDYs honor global creativity in advertising, and recognize the contributions of individuals and companies who continually innovate, experiment and inspire with novel approaches to communication. Their mission to honor the work and those who create it has not wavered in the past 50 years. For five decades, the ANDYs have reflected significant milestones and turning points in history, from the first TV commercial, to the civil rights movement, to the digital revolution, to where our industry sits today at the intersection of Madison Avenue, Hollywood and Silicon Valley. In 2015, the ANDYs will continue to unite the industry to push the boundaries of creativity and usher in the future with a call to agencies around the world to submit their greatest work demonstrating creativity and bravery.

Entrants are eligible to win Bronze, Silver and Gold ANDY Awards. Winners also compete for the ANDY's highest honor, the GRANDY. In addition to gaining prominence within the industry, the GRANDY winner receives a cash prize of $50,000. All Public Service Gold ANDY winners are eligible for the Richard T. O’Reilly Award (named in memory of the National Director of the Partnership for a Drug-Free America), the title of the best PSA of the year and a donation of $10,000 directly to the charity the winning work was created to promote. In addition, student entrants are eligible to win the Glenn C. Smith Award and Scholarship, named in honor of a past ANDY Chairman and given to the Best in Show student winner, who receives a $10,000 scholarship to further their creative studies.