Collective London – the strategically-led creative digital agency with clients like Honda, BBC, EA and GNC – is launching its second ‘Upstarts’ competition to nurture next generation digital and creative talent. The challenge is open for submissions from today until 27th June 2013.

Running alongside the D&AD ‘New Blood’ festival, Upstarts is part of a week of industry-led events, which aim to empower young talent and help students break into the industry.

Last year’s inaugural Upstarts competition resulted in the recently launched ‘Buggle’ when Central St Martins and Hyper Island graduate, Sarah Buggle, entered Upstarts 2012 with her idea for an ‘audio flyer’ that lets users listen – in real time – to what music is being played in nearby venues. After winning Upstarts, Sarah’s idea was turned into a reality with help from Collective’s strategic, creative and development expertise.

To enter this year’s Upstarts, interested graduates and bright young things need to initially email an elevator pitch of their digital idea, totalling no more than 150 words to upstarts@collectivelondon.com before 27th June 2013. The 12 best entrants will then be given the chance to pitch their ideas in person to Collective’s management team on Wednesday 3rd July.

Collective is additionally using its Upstarts session on 3rd July as an opportunity for candidates to secure one of the agency’s coveted internships. An open house will be operating between 6pm and 10pm to give interested parties a chance to impress Collective’s management team with their books.

Collective’s Talent Manager, Antonia Katsambis, said: “We were blown away by the ideas that were submitted to last year’s Upstarts. The winning concept gave birth to The Buggle which, in addition to taking the bars of Shoreditch by storm, gave us a chance to play with our 3D printer, experiment with Raspberry Pi and, most importantly, help a bright young genius – Sarah Buggle – turn her digital dream into a reality. There’s so much impressive digital and creative talent out there, but they often struggle to be heard. We hope that Upstarts will give them the platform they deserve… whilst introducing us to the next generation of digital stars.” 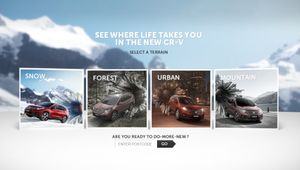