Collaboration in Pursuit of Magic 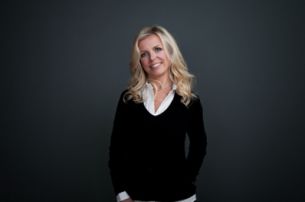 Yes, it’s the South of France.

Yes, the Carlton Terrace is unnavigable.

And yes, did I mention, it’s the South of France.

All that said, Cannes remains the global hub for celebrating creative excellence. It’s the place to experience 'the work' in its multitude of iterations and meet those who played a hand in its creation. It’s a place to delight in what we all strive for—the magic—which nowadays, appears to take an army of people to create.

It used to be just the agency creative team and the producer who would walk onstage to collect the prized Cannes Lion. But in the past few years, the number of people rushing the stage for their moment of glory has increased tenfold and I can assure you they are not all agency people.

The memory of last year’s closing night spectacle clearly reflected the change in how we are now working. Advertising is now a team sport, with multiple skills and disciplines needed to create the magic. Take adam&eveDDB’s Christmas campaign by John Lewis, “Monty the Penguin.” It was not just a beautifully crafted and executed film; someone had to design a penguin, make plush toys, create an engaging interactive store experience for kids and even dress the store windows in London’s Oxford Street. I’m sure there were many other elements . . . but you get the idea.

At the heart of the creation of these types of brand experiences is collaboration.

Partnerships are different, as one partner can be passive—silent, even—while collaboration requires commitment to a shared end goal. While an idea remains at the core, it is the makers, technologists and influencers who make it happen and make it matter.

Tim Cook, Apple’s CEO, has discussed how collaboration is at the heart and soul of Apple’s success, but unlike at Cannes, only one man walked on a stage and claimed the glory. Apple is truly a culture that lives by Aristotle’s belief that “the whole is greater than the sum of its parts,” but it seems, in advertising at least, that all the parts need recognition as well.

Cannes is no longer the festival where only clients, agencies and production companies are enjoying the rosé. There are many different types of companies and people attending the festival, and from more countries, than ever before. The festival has been quick to capitalise on this development with Lions for almost everything, this year including “Microfilm Lions” and even “Digital Craft Lions” (hmmm). It’s a packed agenda but at every awards ceremony, sure enough, the stage will be overflowing with teams of winners every night of the week.

Now I will say that the festival organisers and sponsors have stepped up the calibre of the seminars and content to appeal to the broader type of participation that Cannes now attracts.  I have questioned the relevance in past years of much of the festival’s content, as I have waited in line to see world leaders, pop stars and the Hollywood elite with their nebulous connections to brands, advertising and our sort of creativity. I guess they fall under “creative communication specialists” and some have proved interesting speakers despite this lack of specific relevance.

This year is no exception, with the likes of Iggy Pop, Gwyneth Paltrow, Will Smith, Usher and Ryan Seacrest all on hand to do their bits.

The festival, in all fairness, is called the “Cannes Lions International Festival of Creativity” which I guess gives the organisers permission to celebrate every form of creative expression and the many facets thereof. All the above-named speakers are, after all, in and of themselves brands. One could argue that they are also in the business of creating magic. Christopher Bailey, Chief Creative and Executive Officer at Burberry, will be there—his contribution toward elevating digital engagement for his brand and changing the face of the fashion runway experience was transformative. It seems the magic may be wearing off, however, as Burberry’s stock price has dropped 35% this year and Bailey has taken a 75% pay cut. Maybe his Cannes speaker’s fee will help offset his losses.

So am I excited to attend Cannes again this year? Of course I am.

It’s the South of France, it’s seeing amazing work, meeting great people, feeling inspired to push boundaries and step into the unknown—but most important, there is magic in the air.