Colenso BBDO was the only Kiwi agency to receive Commendation status 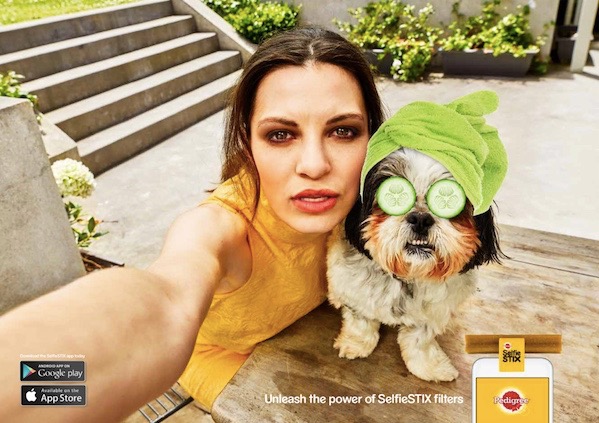 Four projects have been crowned Immortal at global advertising award, The Immortal Awards. The winners were decided during a live judging session, held at The Mill in New York, by a world-class panel of jurors on 2nd November.
Whilst New Zealand has not received any winners, Colenso BBDO has been awarded a Commendation for being exceptional in its field for Pedigree 'SelfieSTIX'.
The four Immortal winners are:
23 campaigns were recognised as finalists - distinguished from the initial shortlist as stand out projects.
The Immortal Awards were launched to challenge the way our industry celebrates and benchmarks the talent in this business. By making the award free-to-enter for members of Little Black Book and limiting each company to a maximum of five entries, work from across the globe has been judged on a level playing field. 472 company offices from 35 different countries submitted a total of 672 entries into the award.

Says Matt Cooper, founder of Little Black Book and The Immortal Awards: "The business of advertising is changing but the way we benchmark our work has stayed relatively similar for decades. We created this show to celebrate creativity and to continue to provide both our members and our readership base with everything they need to know about the creative industries globally. The Immortal Awards and our league table are the final pieces to this puzzle, allowing everyone to know who is making the best work in the world."

Chairman of LBB, Sir John Hegarty, inspired the show's unique model, which carries zero tolerance for scam ads. Members of Little Black Book were invited to enter up to a maximum of five ads or campaigns into the show, for free. The results of this year's award show now power a League Table of Creativity that ranks all LBB members and will continue to do so year-on-year.

Says Paul Monan, director of the Awards: "The quality of work that made the shortlist was incredibly high, and our jury was seriously demanding when it came down to defining which work was truly Immortal. The creative heads, who deliberated and debated the work, are some of the very best in the business and they've set the standard for years to come! A huge congratulations to every one of the many companies involved in the four projects that won an Immortal award."
VIEW THE LIST OF WINNERS - Winners20List.docx
view more - Awards and Events