Awards and Events 156 Add to collection 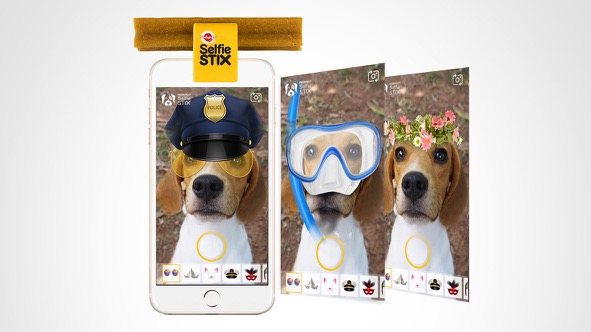 At a gala awards ceremony tonight in Busan, Korea, Ad Stars unveiled this year's Grand Prix, Gold, Silver and Bronze winners, which were chosen from 20,342 entries from 57 countries.
New Zealand has scored nine Gold Awards, 24 Silver and 12 Bronze. Colenso BBDO is the NZ's most victorious winner having taken out the Interactive Grand Prix for Pedigree 'SelfieSTIX'. The agency has also scored a further four Gold, 11 Silver and three Bronze.
DDB New Zealand has a great night picking up two Gold, seven Silver and three Bronze. Y&R New Zealand was awarded a Gold, two Silver and three Bronze. Ogilvy New Zealand picked up a Gold, three Silver and one Bronze and Clemenger BBDO Wellington secured a Gold, a Silver and two Bronze.
As Stars also revealed this year's Grand Prix of the Year winners. In the Public Service Announcement (PSA) category, Palau Legacy Project has won Grand Prix of the Year for 'Palau Pledge', created by Host/Havas in Sydney, Australia and The Coca-Cola Company has won its Grand Prix of the Year for its 'Share a Coke - 1,000 Name Celebration' created by Fitzco//McCann in the United States.
The creators of both campaigns were awarded US$10,000 apiece at a gala ceremony in Busan, South Korea on Saturday night, 25th August.
The 'Palau Pledge' campaign introduces a new visa entry process on the island of Palau. Visitors must sign an environmental pledge stamped in their passports - a formal promise to act in an environmentally responsible way during their visit.

Says Ari Halper, chief creative officer at FCB New York and executive judge at Ad Stars 2018: "I loved 'Palau Pledge' because it pulls off the seemingly impossible by getting a government to change its immigration stamp - that's crazy. The judges felt it was a beautiful campaign and a great way to get people to be more environmentally conscious in a world that's showing signs of climate change."

Says Toby Talbot, chief creative officer, Saatchi & Saatchi NZ and Ad Stars executive judge: "Palau Pledge is an idea with far-reaching consequences, and I think ideas that are scalable and far reaching are the ones that should be held aloft."
Says Anna Qvennerstedt, copywriter and chairman at Forsman & Bodenfors in Sweden: "Overall, I think the creative level of entries we judged this year was very good. Technology seemed to be a very natural part of the DNA of many of the ideas we saw. It's been a very good experience."

Says Halper: "We didn't want to send the message to our industry that in order to get to the top, you have to make work that saves the world. Don't get me wrong: I love purpose-drive brands. But I think it hurts our industry when we only reward 'goodvertising' - it says to clients that all we care about is saving the world - that's not the business we're in."

Says Hwan-Jin Choi, chairperson, Ad Stars Executive Committee, says: "Our philosophy of making it free to enter Ad Stars has helped our festival grow so fast, with over 20,000 entries this year. We would like to congratulate all the agencies, production companies and creative professionals that were recognised at tonight's awards ceremony. The winners represent the diversity of ideas that are being created by markets all over the world."

Entries to the Design and Print categories grew by around 40% this year. The jury awarded Grand Prix of the Year in Print to 'Chop Chop 2.0 Beef', which was created by Amber advertising agency in China for Ammeloo.

"We loved how the 'Chop Chop' campaign uses creativity to sell a mundane product. It's an arresting image, and the attention to detail and craft is amazing. When you realise it's an ad for a kitchen knife, it is delightful and surprising - we saw many agencies from China that are excelling in the Print category," says Guan Hin Tay, Global Executive Creative Director at JWT, based in Singapore.

In Design, the Grand Prix went to the Pride Jersey, created for AIG Insurance by TBWA\Hakuhodo in Japan. The judges also awarded 5 Gold trophies in this category.

Tay says: "We had a tough time choosing the winners in Design because there was lots of great work. In the end, 'Pride Jersey' won Grand Prix because from a design perspective, it's really beautiful. We loved the invisibility of the rainbow colours - it's only when you start to pull on the jersey that you can see them. We also loved how this idea gets macho men to support the pride movement."

In the Film category, a haunting campaign for Bahay Tuluyan (Shelter House) won the Grand Prix. Called 'Disgusting Stories', the campaign was created by TBWA\SMP in the Philippines and raises awareness of sexual abuse using illustrations created by abused children.

"Disgusting Stories stood out for lots of reasons with the overriding being its capacity to move us to tears. The slow reveal of the children's animations is simple, engaging and ultimately heartbreaking and the choice of music is outstanding. Powerful stuff told in an understated way," explains jury member Judy Hill, Executive Producer at Nexus Studios in London.

There were 11 Gold trophies awarded across the Film category, while in the Video Stars category, the Grand Prix was awarded to 'Friendshit' in the sub-category for Branded Entertainment Videos. The film was created by GREYnJ United Bangkok for Kasikornbank's KPlus app.

"Friendshit is a standout film. The truth at the heart of it is universally relatable. It is brilliantly crafted. It is laugh-out-loud funny. And it is clever. It is a brilliant example of branded entertainment - it weaves the brand throughout the film whilst remaining truly entertaining," says Hill.

"Overall, it was encouraging to see that the animation entries were so strong with such a wonderful mix of techniques. I also loved the amount I laughed out loud whilst judging. There were some genuinely humorous films with first-class comedic writing - comedy that works cross-culturally."

In Radio & Audio, there was one Gold winner: The Coca-Cola Company's 'Share a Coke: 1,000 Name Celebration' created by Fitzco//McCann in the United States.

There were 5 Gold awards in the Outdoor category, while the Grand Prix was awarded to the Greenpeace 'Dead Whale' campaign by Dentsu JaymeSyfu in the Philippines.

"We loved the purity of this idea, the effort that's gone into it, and the fact it achieved so much more than anyone thought it would," says Toby Talbot, Executive Judge and Chief Creative Officer at Saatchi & Saatchi New Zealand. "Only when you got up close could you see that it wasn't a giant beached whale after all, it was an installation made of plastic, making a direct correlation between pollution and dead fish."

In the PSA category, there were three Gold awards. Gold trophies were awarded to Y&R Melbourne for 'Sip Safe (Monash University); BBDO Pakistan for 'The Bridal Uniform' (UN Women Pakistan) and Goodoil Films and Saatchi & Saatchi Australia for 'I need you' (RSPCA).

The judges awarded one Gold in the Diverse Insights category to Ogilvy & Mather, New Zealand for 'The Most Successful Recruitment campaign' for New Zealand Police.

There were no Grand Prix, Gold, Silver or Bronze winners in the Place Brand category.

"We were charmed by this campaign because anyone who has a dog will want to try it - you can feel it's an idea that will appeal to lots of people. Attaching something to your phone is such an analogue idea, yet this campaign is super interactive," says Qvennerstedt.

"To me, it brings hope that our industry can do work that engages people without having a 'save the world' layer to it. Personally I feel that over the last few years we've seen so many campaigns and ideas based on a social cause, but they don't always feel genuine. Brands want the goodwill of being associated to a good cause without honestly standing for something. It's one route, but there are other ways to get through to audiences."

In Mobile, Grand Prix was awarded to 'The Good Vibes Project' (Sense International India) by Cheil India; while a Gold trophy was awarded to McCann Peru for 'Highjacked Highway' (Sodimac Sense).

Andrei Ivanoff, Co-Managing Director and Creative VP at MullenLowe Mexico, says: "The Good Vibes Project has its genius in its simplicity. It's usage of an old technology mixed with a modern technology is amazing and will clearly solve multiple problems for the lives of people with visual and hearing impairment."

"The Pride Jersey caused an instant reaction from the Jury. There are layers of innovation and a meaningful representation and purpose. From developing the textile material, to its actual implementation - it plays really well with the rules of the game. It is a simple mechanism to demonstrate and express your support for LGBT community. Love it!" says Ivanoff.

Ad Stars introduced the Data Insights and Social & Influencer categories for the first time this year. The first-ever Gold award for Data Insights was awarded to M&C Saatchi Sydney, Australia for 'NRMA Fireblanket' for NRMA Insurance. Two Gold trophies were awarded in the Social & Influencer category: Clemenger BBDO Touchcast Wellington won Gold for the 'Give nothing to racism' campaign for the New Zealand Human Rights Commission, while Fitzco//McCann in the United States was awarded for its 'Share a Coke: 1,000 Name Celebration' for The Coca-Cola Company.

There were no Grand Prix of Gold winners in the Integrated category.

In PR, the Grand Prix went to Burger King's 'Vote your way' by Interaction, Costa Rica.

"This idea turned Burger King into a conversation piece during the presidential election in Costa Rica. It got everyone together to be united by a simple burger, it was a beautiful campaign," says Executive Judge Woon Hoh, Chief Creative Officer at Hakuhodo Asia Pacific.

In the Promotion category, Diesel's 'The Anti-Perfect Collection' by Amber in China won Grand Prix.

"There were a few contenders for the Promo Grand Prix, but everyone on the jury was surprised with this work from Diesel. Some may say it doesn't have the scale of other campaigns, but it promotes the message of imperfection in the most unusual and audacious way. It builds on Diesel's 'Go with the flaw' campaign and starts a conversation about being yourself."