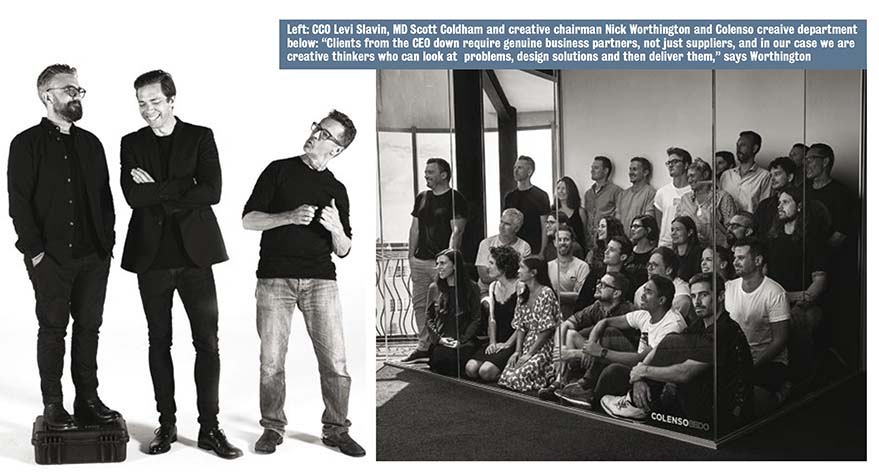 Last year's highest ranked Kiwi agency, the only NZ agency to win two Gold Lions at Cannes, Colenso BBDO has helped to make the world a better place for dogs, showed Kiwis how to make the most of a digital world, and even gave the act of drinking beer a higher purpose. For a record ninth time Colenso BBDO is Campaign Brief's New Zealand Agency of the Year.

In December 2009, Colenso BBDO was named Campaign Brief Agency of the Decade and as Nick Worthington, creative chairman, reflects back on yet another champion year, he pauses to consider the level at which the agency has managed to consistently perform.

"The breadth of work across so many different clients at Colenso is the thing that continues to impress me," he says. "But the work for Spark, Pedigree, Heineken DB and Skinny has exceeded even our own expectations."

The agency's latest work for Pedigree launched in the US, with its big Christmas film conceived, authored and produced in New Zealand. The SelfieSTIX product and program is also smashing sales records in 26 markets around the world. Again, conceptualised and created at 100 College Hill.

The agency's work for DB has seen the company achieve double-digit growth in a declining category, whilst also leading the brewer to seek more sustainable solutions.

Says Worthington: "Our work for Spark has helped create record brand love measures and is changing culture by creating new collaborations between Kiwis, the government and the Ministry of Education for projects that previously would never have seemed possible." 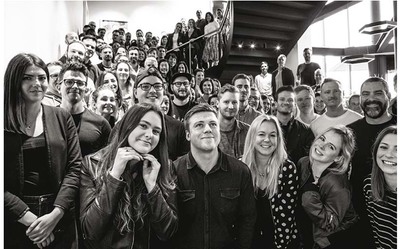 Along the way, the agency also managed to take home a sizeable collection of Grand Prix, Gold, Silver and Bronze awards from major award shows, both locally and abroad, including: D&AD, Digiday, The One Show, AdStars, D&AD, Spikes Asia, AXIS Awards, NZ Effies and The Caples.

As the second most awarded campaign in the agency's history, and the most awarded campaign from New Zealand this year (taking home two Gold Lions), when asked what he believes appealed most to the judges about Pedigree SelfieSTIX, Worthington says it was one of those tiny product design ideas, that when linked to breakthrough mobile technology became a massive hit with customers and did incredible business: "Juries just love simple concepts that go huge; in this case it was that dogs won't look at the camera when you want them to, and now they do!"

Pedigree and Colenso share one of the longest-established relationships in New Zealand advertising. Being part of a global business like Mars, there's rarely an opportunity to produce local work, particularly in New Zealand's relatively small market. However, over the past seven years it seems that the agency is certainly barking up the right tree when it comes to making a global impression.

Dan Wright, executive creative director, believes their collaborative success boils down to a shared purpose: "Pedigree wants to make the world a better place for dogs. The simplicity of this purpose liberates us from the usual rounds of gimmicky dog ads. It's our job to radiate this mission in every idea we create, every brief we answer and every solution we present. By understanding and delivering on the brand's purpose, we can uncover the best possible problems and, ultimately, the most effective solutions."