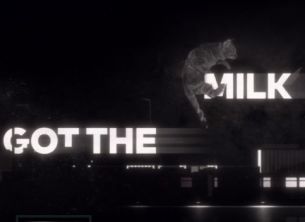 In a world of celebrities and soft drinks Anchor has pulled off rare double by winning back to back Gold Lions in the Health and Wellness Category in consecutive years by creating unique campaigns that are putting milk back on the radar of an increasingly discerning and media savvy generation.

In 2016, Anchor picked up a gold in the Health and Wellness Category with Anchor X-Ray cast; a highly targeted interactive campaign for kids, also developed under the GoStrong platform, that provided a unique way to ensure that Kiwi kids with broken bones got the nutrition they needed to help them heal. The idea was simple, when a child broke a bone they were provided with a special Anchor X-Ray Cast pack - a sticker that shows the actual bones inside their arm and vouchers for calcium rich Anchor milk. X-Ray Cast was promoted in hospital and medical centre waiting rooms as well as via targeted online advertising.

Director of Marketing, Fonterra Brands New Zealand, Clare Morgan said, “We know that great nutrition is key for young people to reach their potential, and can milk play a vital role in making sure that they get the protein, vitamins, and minerals they need. But, we also know that we needed to be innovative to communicate this message under the Go Strong platform. The feedback we received from our audience and the Lions we’ve won are an indication that we are getting the milk message across.”

Colenso BBDO Creative Chairman, Nick Worthington, said, “Milk is cool, but it’s easy to forget how cool it really is. Kids traditionally do everything their parents tell them up to a certain age, then they do exactly the opposite, so making milk their choice, and not that of their parents is smart. Working with great young artists and writers helped to reframe the brilliance of milk for the next generation.”
view more - Creative