Coldplay Uses Music to Bring People Together With Dolby Atmos 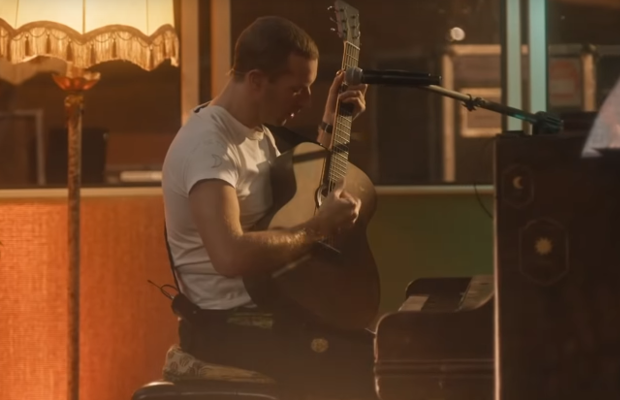 Dolby Laboratories, a leader in immersive entertainment experiences, has unveiled a new short film from its Dolby Atmos Music campaign with 72andSunny, featuring the seven Grammy award winning band, Coldplay.
“Artists are excited to create music in Dolby Atmos because it allows fans to experience music at its greatest creative potential and in its purest form,” said Todd Pendleton, senior vice president and chief marketing officer, Dolby Laboratories. “In our latest film, we experience the genesis of Coldplay’s creativity and explore how the band uses music to forge connections between people.”
Spotlighting music from the band’s recently released album Everyday Life, which is available in Dolby Atmos on Echo Studio through Amazon Music HD, the film dives deep into Coldplay’s creative exploration of the unknown and its mission to bring people across the world together.
“Our job is to craft songs until they sound as good as they did when they arrived in your head,” said Coldplay frontman Chris Martin. “Listening to Dolby Atmos is the closest thing I’ve ever heard to what artists are imagining when they’re creating music. Everyone who listens to music should be able to hear things sound this good.”
Since its debut, the Dolby Atmos Music campaign has given millions of people around the world an intimate look into the creative minds of today’s top artists to showcase their personal ethos, stories, and close relationship with fans. Dolby joined forces with these trailblazers in music because they inspire others by living unapologetically, and their art is leading culture. The campaign features real stories from artists and highlights their latest singles. It’s based on the insight that people want to feel a deeper connection with their favorite artists through music, the kind a Dolby Atmos Music experience can authentically deliver.
The films were directed by the award-winning, Toronto-based director Karena Evans at m ss ng p eces. She is one of entertainment’s most sought-after talents and is known for her cinematic, authentic, and narrative-focused directorial style. Karena is behind Drake’s 2018 music video, God’s Plan, and is revered for telling diverse, inclusive stories about the human condition.
“The genesis of this campaign is inspired by Dolby’s mission itself – a pure transmission of artist intention,” said Karena Evans. “We decided to approach this campaign unconventionally through interior monologues to explore the purity of thought and creativity. At its core, this is what Dolby Atmos is.”
view more - Creative