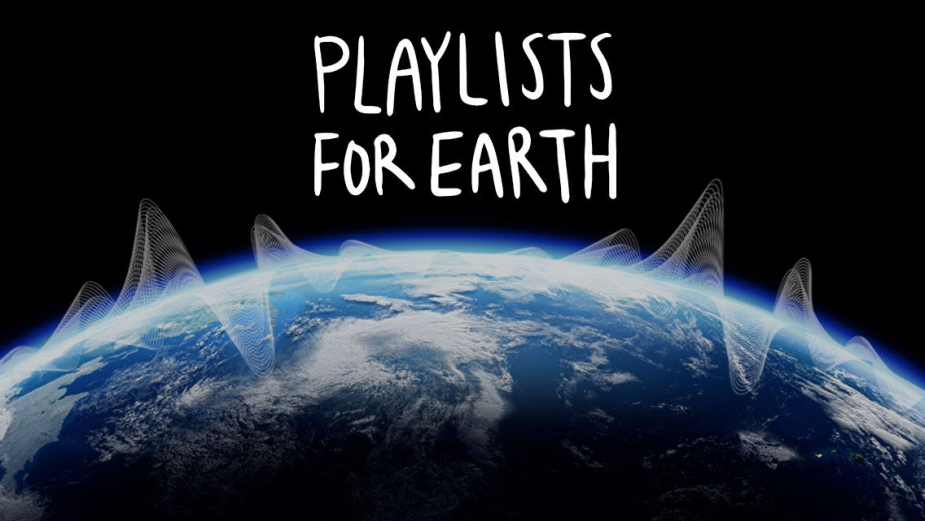 The Campaign idea of Playlists For Earth calls on the musical creativity of people around the world to deliver an awareness message to a broad audience. The idea is original and impactful: Celebrities, influencers, and citizens use the song titles of the playlists they create to deliver a message.The song titles on each playlist, when read as a sentence, communicate a powerful message about the climate crisis. The campaign allows the music world to start important conversations with fans – about action on climate change and hope for a better future. In a playful way people will inspire each other to create and share playlists on social media. The result is an original, emotional and impactful kind of modern activist poetry.

Over 60 international artists have pledged their support to Playlists For Earth including Coldplay, Brian Eno, Anna Calvi, and more - they are spreading this message of hope to their fans and community with the official hashtag #Playlistsforearth across Instagram, Twitter and Facebook. Since yesterday dozens of international artists and influencers have already started using their social networks yesterday to engage millions of fans.

The campaign falls in a landmark year for the climate crisis; this November, global leaders are set to gather in Glasgow for the UN Climate Change conference (COP26), to set the future path for the planet. Using Playlists For Earth, ClientEarth are encouraging discussion in a novel and accessible way; building the diversity of voices calling for action; and ultimately adding pressure on political leaders ahead of COP26.

“We should be talking about the climate crisis now more than ever, and taking action to protect the planet we love. We need to see a massive cultural change and an immediate government response. That’s why I wanted to be a part of Playlists For Earth, to spark conversation and explore what’s happening in the world in a new way in the lead up to the UN climate conference. It’s so important that we use our position in the arts to say something, as art really has the power to turn people’s attention to issues,” said Anna Calvi.

“I'm happy to be involved in Playlists For Earth. I think music can be a good way of getting people talking ahead of the UN climate conference this year,” comments Tom Misch.

“Music is lyrical, yes! But its magic is in the vibrations, the sonic transmissions through the body to the soul - communicating by shaking you and moving your body. We know we must find a common language with nature, and that's why Lonely Whale is excited to collaborate with ClientEarth on their Playlists For Earth campaign in honor of Earth Month. Music helps people tune in to the rhythm of the earth and connect with one another by using a language that isn't cerebral but universal, helping us to all hear with our hearts," said Adrian Grenier.

Music has long been at the heart of social change and Playlists For Earth allows people to engage simply and creatively with others on climate change, using music to create the conversation. Prioritising action, not inaction, ClientEarth strives to bring people to a place where they feel change is possible; by focusing on change from the top down through industry transformation and government action, ClientEarth uses the power of the law to secure systemic change.

James Thornton, founding CEO of ClientEarth, comments: “As an eco-lawyer, my work is about making the future safe for people. I know harnessing the power of art and artists is fundamental to achieving that goal. Laws are the rules we agree on how we want to collectively interact with each other and with the planet – but first we have to imagine and communicate what we want that to look like. There are no more powerful tools to do so than art, music and literature. That’s why, ahead of COP26, and five years on from the Paris Agreement, we have joined forces with musicians, record labels, creatives and festivals to reframe and mix up the climate discussion using the most universal language we have – music. Playlists For Earth harnesses music’s global reach to ignite vital conversations with new audiences – conversations of solution not disaster.”

Over 60 influential figures and organisers have pledged their support to Playlists For Earth including Hot Chip, Milky Chance, British Summer Time, All Points East and more here. 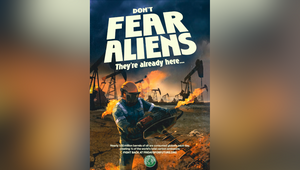 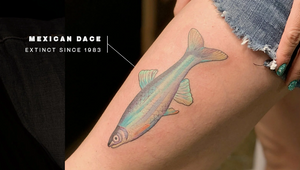