Awards and Events 171 Add to collection 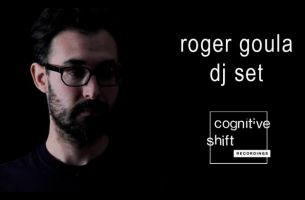 Born out of a collaboration between One Little Indian Records, home to artists including Björk, and Manners McDade Music Publishing, home to artists such as Nils Frahm, Cognitive Shift Recordings creates a new home for contemporary classical music that has influences and instrumentation within the genre and beyond. The label aims to bridge the gap between modern classical and electronic music, creating a cohesive work that is both entirely of the moment yet timeless.

Roger Goula is a London based composer and multi-instrumentalist. Coming from a contemporary classical background, Goula’s work has developed into an experimental blend of classical chamber and orchestral music with electronics. Composing also across platforms including film and tv, dance, theatre and art installation, Roger has worked for a number of award winning films such as Next Goal Wins, Shock Head Soul, Identicals and the ITV series The Frankenstein Chronicles. His most recent work is his score to the Ken Loach biography, Versus: The Life and Films of Ken Loach.

Roger Goula’s EP, Something About Silence, will be available on exclusive pre-release signed CD. The EP features remixes by Christian Löffler and Phaeleh. The event is free entry and open to all ages.

Cognitive Shift Recordings will also be hosting a UK launch party on 26th July at Foyles Auditorium in London, with a live performance from Roger and a string trio.