Coca-Cola's Super Bowl Ad Pours Happiness All Over the Internet 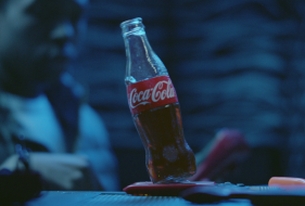 The Internet is what we make it, and Coca-Cola hopes to inspire people to show more positivity in their online actions. Yesterday, with a little bit of Coca-Cola, the Internet may, at least for a little while, become a happier, more positive place.

During the second quarter of the game, Coca-Cola premiered a 60-second advertisement titled “#MakeItHappy.” The ad featured a unique spin on the importance of creating more positivity on the World Wide Web, highlighting inspiring moments of optimism in the face of online negativity. Through the ad, Coca-Cola asked people to stand together in support of one of its core values: spreading happiness.

“Many of us have seen or felt the effects of online negativity, and it’s a concern that only continues to grow within society,” said Andy McMillin, VP and GM, Coca-Cola Trademark Brands. “Advertising during the Big Game broadcast offers a huge opportunity to drive awareness around the topic and, more important, to encourage people to be more positive in their online actions.”

The spot opens with a student being mocked on video by classmates, negative comments being read on social media, and terse words and reactions shared from behind a screen. The scenes gave way to an Internet server room, where a precariously placed bottle of ice-cold Coca-Cola spilled into the mainframe, sending a massive liquid glitch that spreads happiness into the neighborhoods and cityscapes outside. Set to the song “Show Me Love” by Hundred Waters, the spot followed the happiness glitch as it entered routers, laptops and mobile phones, turning messages of negativity to ones of uplift and positivity.

As the spot faded to “The world is what we make it,” Coca-Cola initiated a series of steps designed to immediately help bring some positivity to the Internet and inspire others to do the same.

· After the airing of the ad, Coca-Cola encouraged people to upload happiness to the places that need it most. On Twitter, users can change negative messages into something happier by replying to a negative tweet with the hashtag #MakeItHappy. When they do, they can witness positivity unfold as the original tweet is transformed into ASCII art, a cheerful bit of online artwork with visual happiness

· Instagram users can join the “Smile Petition” in support of Coca-Cola’s message by posting a photo of themselves smiling while making a hashtag hand sign and including “#MakeItHappy” in the caption. Select images and messages will be aggregated on GoMakeItHappy.com following the Big Game.

· A digital spill, timed to begin as the ad concludes in broadcast, spread through the Internet via mobile and other digital devices, prompting people around the country to visit GoMakeItHappy.com.

“We can’t solve negativity on the Internet, but we can use the world’s biggest advertising stage to ask people to think twice before posting negative messages and images,” said Jennifer Healan, Coca-Cola’s group director of integrated marketing content. “We hoped to inspire Americans to help make the Internet a more inclusive, happier place.”

“#MakeItHappy” and its message of positivity will continue after the Game’s final whistle. Additionally, a fifth and final story extension has been created, entitled “Empowerment,” and is available on YouTube and other Coca-Cola social channels.

Earlier last week, Coca-Cola released seven pieces of original content, shining a light on the negativity many experience across the Internet and the Company’s belief in the growing need for positive, uplifting change online and on social media. The teaser ads and vignettes are available on YouTube and other Coca-Cola social channels.

Together, DoSomething.org and Coca-Cola are mobilizing DoSomething.org’s community of over 3-million young people to help spread the importance of Coca-Cola’s message to help make the internet a happier place.

This is the ninth consecutive year Coca-Cola commercials will appear during the Big Game broadcast. Coca-Cola worked with Wieden + Kennedy in Portland, Ore., to create “Make It Happy.”