Coca-Cola's Nod to America in 'It's Beautiful' 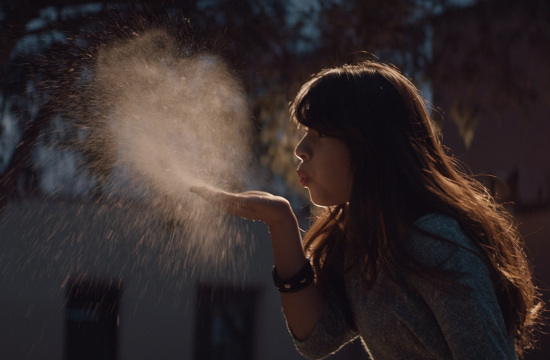 Each year, the Big Game broadcast is the focus of the nation, and this year, Coca-Cola will unveil a 60-second advertisement titled “It’s Beautiful.” In a salute to America, the ad features real people enjoying each other and a Coke. The inspiring moments of optimism and overall message of inclusion communicated by the ad reflects some of Coca-Cola’s most important values.

“For 127 years, Coca-Cola has been proud to be a part of bringing friends and families together while memories are made,” said Katie Bayne, President, North America Brands, Coca-Cola North America. "With ‘It’s Beautiful,’ we are simply showing that America is beautiful, and Coke is for everyone.”

Set to “America the Beautiful” sung in seven different languages, the spot opens to expansive scenes from the West to the Pacific shore to the desert Southwest, interspersed with everyday American neighborhoods, cityscapes and tucked-away cafes. It gives way to a series of snapshots of people who represent the nation’s incredible diversity. Together they make up the fabric of American life:  brothers enjoying a movie; friends dancing; families dining out and roller-skating; siblings camping and many others. Each moment is about people enjoying themselves and their friends and families – and an ice-cold Coca-Cola.

The Coca-Cola ad will not end when it fades to black. Behind-the-scenes content, interviews with cast members and vignettes of “America the Beautiful” sung in various languages are available on YouTube and other Coca-Cola social channels. The multi-lingual version of the song will also be available on Spotify.

“It’s Beautiful” prompts viewers with the #AmericaIsBeautiful hashtag to share their stories and submit photos to a Tumblr gallery called “America’s Selfie.” Select images and messages also will be displayed on the Coca-Cola digital billboard in Times Square.

Coca-Cola plans to debut a 90-second version of the spot during the opening ceremony of the 2014 winter games.

This is the eighth consecutive year Coca-Cola commercials will appear during the Big Game broadcast. Coca-Cola worked with Wieden+Kennedy in Portland, Ore. to create “It’s Beautiful.” The spot was directed by John Hillcoat, composed by Robert Miller and produced by Skunk Productions.