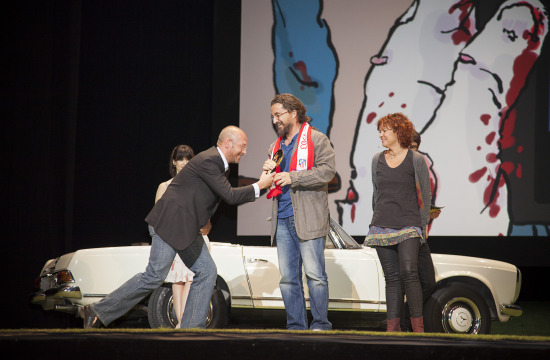 At the closure of the 28th edition of the El Sol Festival, Coca-Cola Latin America and Coca-Cola Spain obtained a total of 18 Sol Awards: 8 gold, 6 silver, and 4 bronze, within the framework of an event that celebrates the best creativity of Ibero-America.

The outstanding performance of Coca-Cola Latin America and Coca-Cola Spain reflects the commitment of the Company in the development and implementation of the most innovative and creative ad and marketing campaigns in all communication platforms.

“We are honored by the accomplishments of Coca-Cola at the festival that distinguishes the best pan-regional creativity,”—stated Ismael Pascual, Director of Integrated Marketing Communication at Coca-Cola Iberian Division. “The achieved performance in the latest festival editions proves that the strategy developed by the Company in Ibero-America, in collaboration with strategic partners such as advertising agencies, and production companies, is bearing fruit and it is an incentive to continue along the same path,” —Pascual added.

In addition, within the framework of this edition of the Festival, Ismael Pascual gave a conference addressed to students, advertisers and sector leaders titled: “Where is the little ball? Today’s innovation from the customer’s perspective.” The director shared with the audience his vision on the key elements of a good idea within a context of generalized disorientation, where there seems to be no clear formulas for success. In short, the key and the essence remain the same: the power of ideas, and creativity.

Finally, Coca-Cola supported this edition of El Sol Festival participating with a stand whose star was the Máquina de la Felicidad [The Happiness Refill], sharing with the attending audience an action that earned their acknowledgment and that of jury members that translated into a Golden Sol Award for Best Digital Campaign in the category: Technological Development.

“La Botellas de Regalo” was granted a Golden Sol Award and a Silver Sol Award though the agency Ogilvy Colombia.