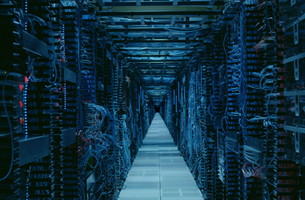 For 128 years, Coca-Cola has been synonymous with happiness, inclusiveness and positivity – and this year the Company’s Big Game campaign is focusing on the importance of injecting happiness into the Internet.

Coca-Cola will premiere a 60-second ad during the first quarter of the Big Game. Leading up to the unveiling of its ad, the Company is releasing seven pieces of original content, including three teaser ads that will begin airing in broadcast January 26, as well as four vignettes.

Each piece of content shines a light on the pervasive negativity many experience across the Internet and the growing need for a positive, uplifting change online and on social media. Teaser ads will provide a glimpse of the 60-second spot, showing brief portrayals of online negativity. Each vignette will feature personal stories of online negativity from teens and adults who have experienced it up close, including Danica Patrick, Michael Sam and Kid President.

“It’s bold and brave, and intended to disrupt the complacency that’s set in around online negativity. Our goal is to inspire America to become a collective force for positivity. “The Big Game provides a great platform for us to showcase the next chapter of Coca-Cola storytelling. The broadcast is first and foremost, but ‘second-screen’ engagement, like what we’re doing with #MakeItHappy, is what inspires people to participate and will keep the movement going well beyond the Big Game,” said Coca-Cola North America Group Director, Integrated Marketing Content, Jennifer Healan.

Andy McMillin, VP and GM, Coca-Cola Trademark Brands, Coca-Cola North America, added: “Coca-Cola has always stood for optimism, uplift and inclusion, and these core values have been a common thread in our advertising through the years. The brand is at its best when it expresses a point of view that reinforces its values and represents the cultural times and communities in which our brand lives – from ‘Boys on the Bench’ and ‘Hilltop’ to ‘Mean Joe Greene’ and last year’s Big Game spot, ‘It’s Beautiful.’

“We’re all surrounded by stories of online negativity, and it’s a concern that only continues to grow within society. We hope this campaign inspires people across the country and around the world to show more positivity in their online actions, and to stop and think before posting a negative comment.”