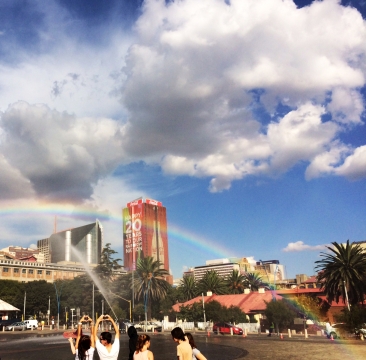 Coca-Cola South Africa and FCB Joburg are once again in the news thanks to their adding the ‘2014 Envy Award’ to their trophy cabinet last night.

The Envy Award, made by Financial Mail’s Adfocus, is given to that agency that has others muttering under their breath: ‘I wish I’d done that’.

FCB Joburg and Coca-Cola lifted the trophy for their #RainbowNation activation during Freedom Month.

This campaign was also talk of the 2014 Loerie Advertising Awards in Cape Town in September. There, the team was one of the best performing of the show, winning no less than six Loeries, including one of just four Grand Prix awards made over the weekend for #RainbowNation.

In addition, just a few weeks before Loeries in the Sunday Times Top Brands Survey 2014, Coca-Cola South Africa had been named as South Africa’s Favourite Brand, making it two-in-a-row for the iconic brand. It also walked away with a Grand Prix win as the brand that has done the most to uplift the community, 1st place in the Soft Drinks Consumer Category, and 2nd place for the brand that does the most to look after South Africa’s environment and natural resources.

For this performance, plus that of other FCB Joburg brands (Eskom, Koo, Old Mutual, Toyota SA, Wimpy), FCB South Africa was awarded the Robyn Putter Top Brand Agency of the Year Award, which is calculated on a points system for agencies with clients that achieved first, second and third place in the survey.

“It’s been a phenomenal year for the Coca-Cola/FCB partnership,” said FCB South Africa CEO, Brett Morris. “I must congratulate the marketing team at Coca-Cola South Africa, led by the inspirational Sharon Keith, as well as our stars at FCB Joburg led by the unstoppable Jonathan Deeb.

“Both are a tribute to a South African marketing industry that is committed to excellence and will stop at nothing to ensure that game-changing campaigns see the light of day. Well done on an exceptional year’s work.” 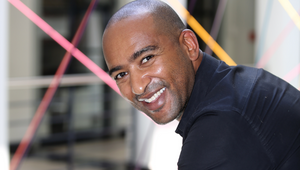