Influencers from UK, US, Australia & Brazil team up to break unusual records in campaign from Mutato 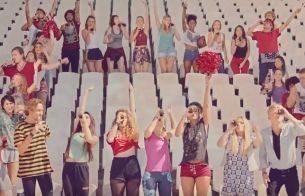 With Rio 2016 Olympic Games coming to an end, Mutato launched the third and final video of the "Record Breakers" series, Coca-Cola's global digital campaign for the games.

In the series, influencers from the United States, United Kingdom, Australia and Brazil met in Rio de Janeiro during the 2016 Olympic Games to break unusual records together and enjoy the experience of being together and enjoying Coca-Cola.

In the final video, scenes of the broken records and behind the scenes material show the experience of the energetic team of influencers in Rio de Janeiro.

The campaign was considered a great success, with a study from Sprinklr ranking Coca-Cola both in the 1st and 2nd positions of most remembered brands during the games in the social media environment.

The campaign has been developing during the games under the hashtag #ThatsGold and was created by Mutato, a São Paulo-based branded content agency, part of the J. Walter Thompson group in Brazil.