‘Open To Better’ campaign launches with 72andSunny Amsterdam across Europe 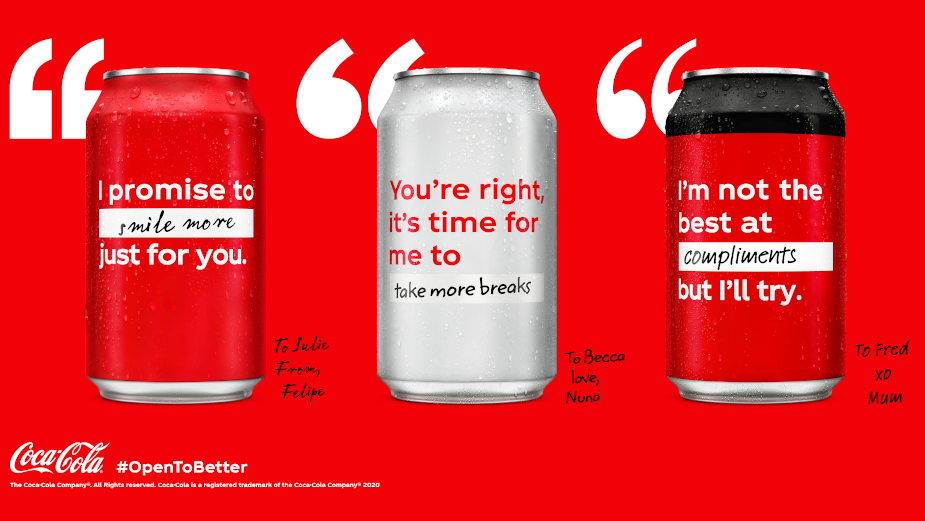 Coca-Cola has announced the launch of ‘Open To Better’, a campaign to inspire European consumers to pledge to do things differently in 2021, by removing its iconic logo from the packaging and replacing it with a series of inspiring resolutions.

After partnering with Coca-Cola on the ‘Open Like Never Before’, 72andSunny Amsterdam led creative efforts to turn the iconic can into a vehicle of hope and openness, that forges a more humble way forward, one can at a time.

Open to Better’ follows Coca-Cola’s recent rallying cry ‘Open Like Never Before, featuring spoken-word artist George The Poet. Through a poem made of resolutions, George the Poet invited everyone to stay open and bring renewed optimism for the change ahead. ‘Open To Better’ is the call to action that follows, giving people the chance to commit to further change and an open call for inspiring resolutions.

Limited edition ‘Open To Better’ packs are on sale from across European markets, across Coca-Cola Original Taste, Zero Sugar and Diet Coke/ Coca-Cola Light. Each will give Coca-Cola fans a chance to look past 2020 and to share positive messages with friends and family for a better year ahead.

In addition to buying the packs in-store, consumers in Europe will be given the unique opportunity to purchase a personalised can of Coca-Cola Original Taste or Coca-Cola Zero Sugar, through a new online-store. The can will serve as a canvas for people to record their own personal resolutions to send directly to their homes or to loved ones.

To inspire these resolutions, Coca-Cola connected with its fans across Europe to find some of the most inspiring resolutions and turn them into a series of short film vignettes. These short films offer some light-hearted, authentic and personal stories that give a sense of optimism for how small acts and gestures can impact hopes of a better future.

Marta Carreras Cancelo, creative strategy for Coca-Cola Europe, explained: “For more than 136 years, Coca-Cola has used its voice to help unite people across the world. In response to the current crisis, and building on a timeless value for Coke, Openness, we launched the ‘Open’ platform, a campaign highlighting how the world has changed and to appreciate what perhaps was previously taken for granted. In 2021, our ambition remains the same, to refresh the world and make a difference, starting the year with a humble commitment to be ‘Open To Better’ by using the power of our packaging to share sentiments of hope and positivity. As well as sharing resolutions on cans that will appeal to people everywhere, we also wanted to share our own thoughts on how Coca-Cola is ‘Open To Better’.”

“No other year challenged our views of the world like 2020. Now, as 2021 starts to unfold, it will be the time to turn our learnings into action. In this campaign, the Coke can become a small, humble gesture of appreciation to make amends and find a better way forward” Laura Visco, executive creative director, 72andSunny Amsterdam.

As an extension of this campaign, Coca-Cola is partnering with creative platform Talenthouse. The partnership will encourage creatives to reflect upon how we can all be ‘Open To Better’, by creating works that share their personal resolutions and ambition for a more open and inclusive world. Five standout creators will be selected to receive a creative bursary as well as opportunities to consult on local creative marketing campaigns for Coca-Cola.

Laura Campbell, SVP and global head of creative solutions at TLNT Holdings comments: “Supporting and nurturing the next generation of creators has never been so important and we are committed to developing opportunities for all creators regardless of their socio-economic background, colour, faith or gender and this initiative from Coca-Cola is a perfect example of how to do this.” 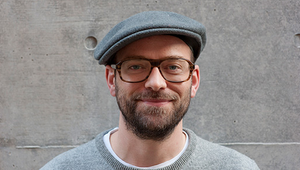