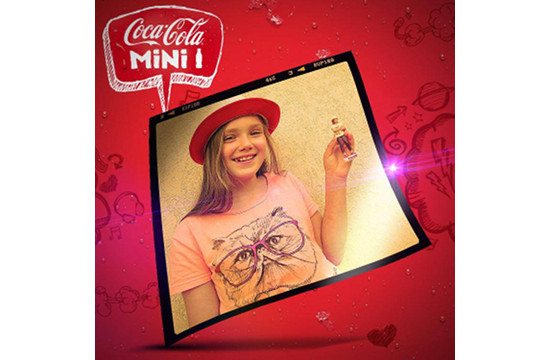 To launch the new Coca-Cola Mini bottle in Israel, Gefen Team decided to introduce it to consumers using someone they are very familiar with… themselves.

The team created 3D printed mini figurines of consumers - their own little doll, which looks exactly like them, only in mini.

Using the latest in 360° scanning and 3D printing technologies, we built a 3D printing lab inside Coca-Cola's main factory in Israel. A 360° scanner was able to scan a human figure within a few minutes. They transformed the photographic images into a 3D model and high resolution 3D printers were then used to bring the digital model back to life as perfect mini-me figures made of colour sandstone.

Users were invited to participate in the activity and create their own virtual mini-me versions via a special mobile app. They had to make sure their mini-me was happy by taking care of its basic needs and its social well-being, feed it and keep it happy ( Just like a digital Tamagotchi pet, only this time, they themselves were the Tamagotchis). There was a virtual mini supermarket where they could buy more food. In addition users could connect their mini-me to other mini-me's and send them to watch a movie or out dancing together.

Users who participated in the activity were invited to the Coca-Cola factory, where they underwent a 360°full-body scan, and received the 3D printed mini-me version of themselves within a few hours.