WMcCann launches the campaign that transforms can tabs into wearable pins 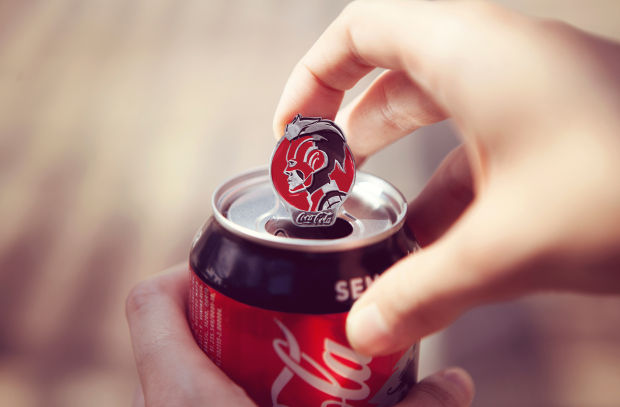 Coca-Cola has a long history of ideas that caught on and entered pop culture. In the 80s, the brand presented the yo-yos. In the 90s, the soccer mini figures. Not long ago, personalised cans became a massive hit.
Now the brand has introduced the Pin Tabs, created by WMcCann. For the first time, the tabs can also be used as pins for people to customise clothes and backpacks. It's an idea for those who increasingly seek to personalise their possessions and clothing.
To launch the brand new idea, Coca-Cola looked for an equally spectacular event. And in partnership with Marvel Studios, the debut features Avengers: Endgame. During the premiere at Cinemark, the largest theatre chain in Brazil, the limited edition cans with twelve different character pins were distributed. They were also sent to influencers and sold out in just half an hour on the brand's website.
view more - Creative