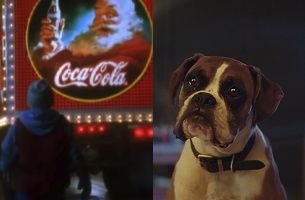 Millennials are becoming divided on their opinion of the brand more likely to signal the start of the festive season, new research has found.

In a survey conducted by the7stars, a fifth of all respondents (20%) said seeing an advert from Coca-Cola was the prompt that started their Christmas, up from a figure of 16% in 2016.

Among older millennials (those aged 25 to 34), however, the figure for Coca-Cola almost doubled, with 37% identifying the brand’s ‘Holidays Are Coming’ advertising campaign, which has been running since 1995, as the starting point of the festive season.

John Lewis, which has become a fixture of festive pop culture since its first major Christmas advertising campaign launched in 2007, was chosen by 16% of Brits on average as the brand that signals the start of Christmas.

The findings are from the most recent wave of The QT, a tracking study conducted on a quarterly basis by the7stars which analyses evolving attitudes among UK consumers.

With the theme music to festive adverts often fast-tracking songs to the coveted Christmas Number One spot, the survey also underlined the important role that music continues to play at Christmas. It highlighted a clear sense of nostalgia among some age groups for the ‘classic’ Christmas tunes of the 1970s and 1980s, with almost a third (29%) of those aged 25-44 saying they wished there were more new Christmas songs – this compared with a figure of 18% for survey respondents as a whole.

In addition, only 13% of Brits look forward to hearing who has made the top spot in the charts, indicating that the Christmas Number One has lost a degree of its lustre in the age of streaming and digital downloads.

The QT research also registered a rise in the proportion of the British public saying they are bored of Christmas by mid-December, which increased from 19% in 2016 to 23% in 2017. More people in 2017 also said they are deferring the start of their festive season until advent, with the number saying Christmas doesn’t start until December 1st rising to 28% this year compared with 20% in 2016.

Christmas, however, remains a time for sharing for the majority of Brits (52%), although the spirit of the season was significantly stronger among women, with 61% agreeing that it is a time for sharing compared with only 43% of men. In addition, only 1 in 7 (14%) always choose to donate to charity during this period.

Frances Revel of the7stars said: “This wave of The QT gives a fascinating insight into consumers’ changing attitudes towards Christmas. It clearly shows that retailers and brands are becoming ever more integrated into the fabric of the festive season, and adverts are now increasingly influential to mark the point when we welcome Christmas into our High Streets and our homes.

“The data does show, however, that it is the brands who chime in Christmas for us at a young age that stay hardwired to the festive season as we grow up. As the build up to the big day seemingly gets longer each year, brands really need to understand their audiences to fully capitalise on the Christmas effect.”