Back in the US-of-A after sacking by Tottenham Hotspur 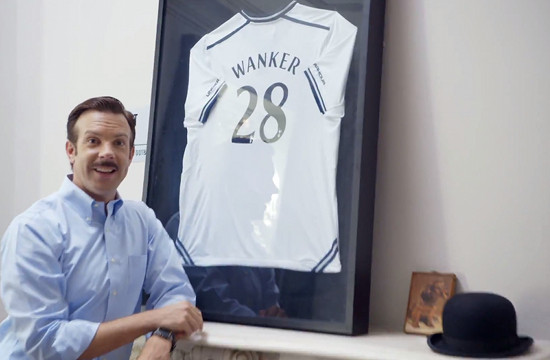 We first met Ted Lasso, played by Jason Sudeikis, a year ago when he featured in NBC Sports’ hilarious ‘An American Coach in London’.

Well we’re sad to say that London life didn’t work out for Coach Lasso and he was sacked from the soccer - sorry, football - team after six and a half hours. We’re not sure what that is in UK time, though.

But fear not. After a confusing period presenting live - or is it ‘live’? - football TV back in England, Ted is back in the US-of-A and back coaching. But not LA Galaxy. Not the New York Red Bulls. Ted is head coach of the St Katherine Fight Nows - who are at least as good as Spurs.