Clydesdale Bank Has Your Back in Campaign by Karmarama 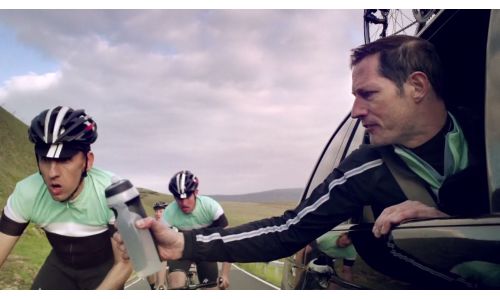 Clydesdale Bank’s new advertising campaign aims to show how committed the bank is to putting both its customers and local communities first.

The campaign, created by Karmarama, demonstrates the importance of having someone who's there for you when you need them.

The TV and cinema film features snapshots from real people’s daily lives and shows people in difficult situations being helped by those who are there to support him.

The spot features an actual air ambulance crew, deep sea welders, a zookeeper and the rhino she cares for, a mother teaching her daughter to swim, a cycling team, and two engineers on a tower, harnessed together at 1000 ft.

The stories range from small and tender moments to epic scenes. Scotland’s Charity Air Ambulance helicopter featured is sponsored by Clydesdale Bank and The Royal Zoological Society in Edinburgh also receives Clydesdale Bank support. The cyclists were filmed on Holme Moss in Yorkshire, the first stage of this year's Tour de France.

The work, which is also supported by print ads, builds on the success of last year’s “We Care About Here” campaign.