Clumsy Dad Saves the Day with The Sun 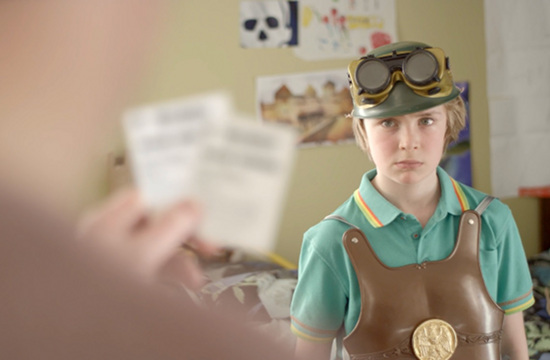 The Sun and Grey London – part of WPP’s Team News – have created a campaign to celebrate The Sun’s exclusive ‘Superdays’ free tickets deal with Merlin Entertainments. It comprises four 30’ TVCs and radio spots, plus an in-paper and online push.

The first TV ad launches on 13 March and highlights the first Superdays promotion (which runs in-paper 15-31 March): 2 free tickets to Alton Towers Resort which includes the new CBeebies Land, opening in May. In exchange for tokens readers of The Sun can claim two free adult tickets to the resort, worth £96.

The campaign plays on the insight that every parent needs a secret weapon to cheer up their kids when things have gone awry. It focuses on snapshots of family life where things go wrong – whether it’s the overreaction of a tiny spider in the house or that poor dad who has clumsily smashed his son’s meticulously-built castle – but disaster is averted in a heroic ‘save the day’ moment when they tell their kids they are going on a super day out.

It was created by Mike Kennedy and Pauline Ashford and creatively directed by Dave Monk. It was directed by Nic Osborne and Sune Maroni through Epoch Films.

Mike Kennedy and Pauline Ashford said: "Kids are fickle. One minute they’re screaming their heads off, the next they are full of smiles. We wanted to find humour in the range of emotions a kid goes through before they are presented with something they approve of – that ‘will they or won’t they’ moment ."

Project name: Save The Day, The Sun